The Poco M3 has already made a lot of noise in the foreign markets. Now that the Poco M3 is headed to India, there are a lot of expectations around it. Read this story as we have stacked up everything about the Poco M3 ahead of the launch. 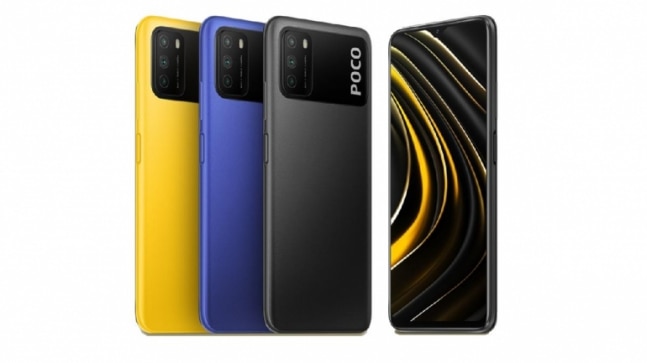 Poco, Xiaomi's independent brand, has been making big leaps since its inception. The device maker has launched five devices in India, each of them catering to a different segment. Now the device maker is set to launch a new device in India dubbed as Poco M3.

The device was introduced to the consumers of Europe for the first time and then to a few South Asian Countries - like Taiwan and Indonesia. Now Poco is gearing up to launch this device in India.

Poco released a teaser to hint about its Poco M3 arrival in India. Through which we can assume that the device is on the cusp of launch.

The teaser also revealed the complete design and colour scheme on the Poco M3. It is highly likely that we may not see much change under the Poco M3 hood compared to its European variant. But we will keep our fingers crossed and expect it to launch soon in India. So without any further delay, lets dive into this article.

--The Poco M3 has a peculiar looking back panel which looks futuristic, as showcased in the teaser and already seen in the European model. Through the teaser itself, we also know that the device will be made available in three different colours is expected Black, Blue and Yellow.

--The Poco M3 features a 6.53-inch display with 19.5:9 aspect ratio and 90.34 per cent screen-to-body ratio. It will probably be an FHD+ IPS LCD panel rather than an OLED one to cut down the manufacturing cost. Thankfully, the display is expected to be Gorilla Glass certified. A water-drop notch on display may house the selfie shooter. Moreover, it is expected to get a side-mounted fingerprint print scanner for authentication.

--The rear of the device is partly made of glass which houses the triple rear camera setup and the LED flash. Poco branding can also be seen on the glass itself.

Poco M3 will be powered by Qualcomm Snapdragon 662 chipset as seen on the Indonesian variant. An octa-core chipset clocked at 2 GHz and coupled with Adreno 610 GPU. This chipset is built on an 11nm manufacturing process and has support WiFi 6.

--The Poco M3 is likely to be made available in 4GB/64GB and another 4GB/128GB storage variants, which would be expandable up to 512 GB via microSD.

--The device will ship with a 6000mAh Li-ion battery with 18W fast charging support.

--The POCO M3 will be running Android 10 with POCO launcher on top. The device has support for dual 4G VoLTE, GPS, Type-C, 3.5mm jack Bluetooth 5.0, GPS, and an IR blaster in terms of connectivity.

The company recently released a teaser of Poco M3 that tips that it may arrive in India soon. We expect the device to launch in the first or second week of February. Some credible tipsters and media reports have also hinted towards the launch this February.

The Poco M3 will be a mid-range device that will compete with devices like Realme 6, Realme Narzo 20 and the Moto G9 Power. Poco needs to price this device well to benefit from this mid-ranger. Like mentioned above, Poco M3 will be made available in two different RAM and storage variants 4GB/64GB and another 4GB/128GB. The vanilla variant is expected to be priced somewhere around Rs 11,000 whereas the top variant will be sold around Rs 12,500.