Poco M3 Pro might be launched in India as company's first 5G smartphone, spotted on BIS

Poco M3 Pro might be launched in India soon and can be company's first 5G smartphone in the country. Poco had launched the M3 earlier this year. 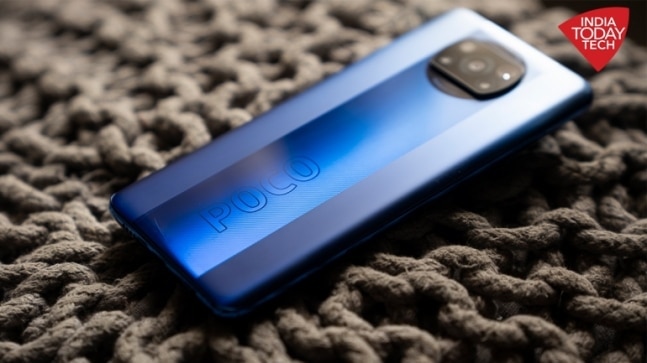 This will also be one of Poco’s first smartphones to feature a MediaTek chipset in India.

Poco M3 Pro might be launched in India soon and can be company's first 5G smartphone in the country. Poco had launched the M3 earlier this year. It was positioned in the sub Rs 12,000 category and the Poco M3 Pro will be an upgraded model of the same with a better processor. The smartphone has been spotted on the BIS and BIS and FCC certification.

Interestingly, the documents reveal that the Poco M3 Pro can be a rebranded Redmi Note 10 5G that was recently launched in global markets with the same model number 'M2103K19G'. This is believable as Poco has been selling re-branded Xiaomi smartphones in India. However, it is yet to announce an official date for Poco M3 Pro launch.

The FCC listing of the phone suggests that the Poco M3 Pro might come with features like 22W fast charging support, MIUI 12 and Bluetooth 5.1 support. The exact features and pricing of the phone will be known during the launch.

However, if it turns to be a re-branded variant of the Redmi Note 10 5G, the phone should feature a 6.5-inch FHD+ LCD display with a centre-positioned punch-hole cutout, 20:9 aspect ratio, 1100nits brightness, 90Hz refresh rate and Corning Gorilla Glass 3.

This will also be one of Poco's first smartphones to feature a MediaTek chipset in India. The Redmi Note 10 5G is powered by the MediaTek Dimensity 700 SoC coupled with Mali-G57 MC2 GPU, 4GB RAM, and 128GB UFS 2.2 storage that is expandable. The phone runs on Android 11-based MIUI 12 custom skin on top. The smartphone is tipped to pack a 5,000mAh battery with 18W fast-charging support.

Meanwhile, the smartphone maker has also hinted that it is working on a F-series smartphones but has suggested that it can cost more than the Poco F1.

Also Read | Realme 8 5G to be India's first phone with MediaTek Dimensity 700 5G chipset
Also Read | In 90s Elon Musk did 2 jobs a day, his reaction to it on Twitter is viral
Also Read | Clubhouse app for Android likely to arrive in May, developer shares screenshots