The Poco C3 is available with a limited period discount on Flipkart during Big Saving Days sale. 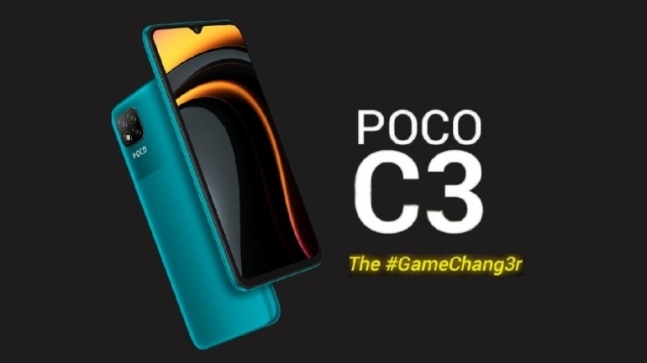 Poco C3 is available at a discounted price of Rs 6299

For starters, the Poco C3 is an entry-level offering from the company and features a 6.53 inch IPS LCD panel with a screen resolution of 720x1600 pixels. It comes with a waterdrop notch and a rear-mounted fingerprint scanner. Besides this, the device gets a splash-resistant body to protect it from minor splashes, but this doesn't make the Poco C3 a waterproof device. The rear camera is stacked in a square mechanism whereas the front shooter is housed in the waterdrop notch.

In terms of optics, the Poco C3 features a triple rear camera setup on the rear consisting of a 13-megapixel primary sensor, a 5-megapixel ultrawide sensor and a 2-megapixel depth sensor. On the front, the device gets a 5-megapixel selfie shooter. It is capable of recording videos up to 1080p resolution.

Mediatek's Helio G35 chipset powers the Poco C3. It is an octa-core chipset coupled with PowerVR GE8320 GPU. The device ships with 3GB of RAM and 32GB of onboard storage, which is expandable up to 512GB via microSD. A 5000mAh battery is under the hood with support for 10W fast charging.

The Redmi Poco C3 runs MIUI 11 on top of Android 10. In terms of connectivity, the device has support for dual 4G VoLTE, WiFi, 3.5 mm jack, Bluetooth 5.0, hotspot and GPS

The Poco C3 is a decent looking device with a triple camera setup, a 5000mAh battery and a much cleaner UI than other segment devices. Especially at this current pricing with heavy discounts available, it's a steal deal.