Poco is criticising Realme and IQOO for launching 5G phones when 5G is not even available in India. 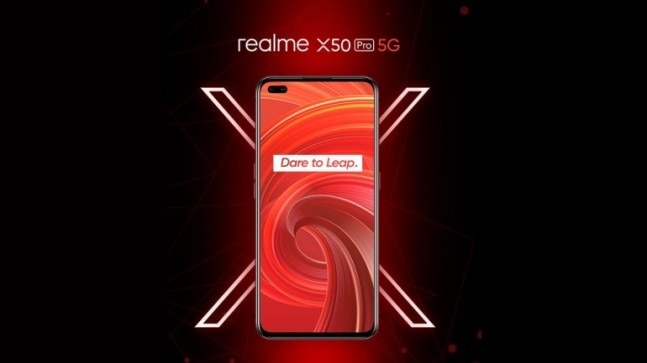 Realme was under the spotlight on Monday as it launched what is touted as India's first 5G phone. Another brand IQOO also debuted in India with its 5G phone, the IQOO 3, a day after. India now has two 5G phones - the Realme X50 Pro 5G by Realme and IQOO 3 by IQOO - a Vivo spinoff - at a point when the necessary infrastructure for 5G connectivity does not exist. This is also why it will be hard for Realme and IQOO to convince buyers who will be unable to use something - 5G - at their disposal. But, while Realme and IQOO are hopeful, their rival brand Poco is not convinced.

Poco India's general manager C Manmohan took to Twitter to slam Realme and IQOO for taking a leap forward that is unnecessary, according to him. He slyly posted the criticism without mentioning the brand names. Since 5G is the keyword, he wrote the term and expressed his opinion on why the next-generation cellular technology is not something that brands can capitalise in India, at least, for a year or two. Countries like the US, China, South Korea, and the UK have the commercial 5G network available for consumption, unlike India where the government is mulling the spectrum auction sometime later this year.

Now that we have your attention. Just letting you know - we're here to give you everything you need, nothing you don't. pic.twitter.com/wdWYQMduON

The critical comments from Manmohan also lay down somewhat rough details for the next Poco phone. The Poco F2, which is slated to be launched sometime later this year, will not support 5G. Manmohan cleverly said - "Everything You Need. Nothing You Don't" - in his tweet wherein 't' in 'Nothing' has been juxtaposed with the number 5. Now both '5' and 'g' are highlighted - and make the phrase read - "Everything You Need. 5G You Don't." This could very well also indicate that Xiaomi may refrain from launching a 5G phone this year, at least.

But this criticism is pointed at just one factor -- 5G. Realme and IQOO have made sure their phone comes with other top-of-the-line specifications. Both Realme X50 Pro 5G and IQOO 3 are powered by the Qualcomm Snapdragon 865 processor and have multiple cameras at the back. The Realme X50 Pro 5G also has 65W fast charging - a first among smartphones available in the country. Not every criticism can boil down to just 5G. And it is not even completely useless - for Indian users who travel to 5G-enabled countries, these smartphones will offer insane data speeds. In fact, Realme's marketing hoo-ha for 5G is based on this argument.

India may not have 5G networks right now but consumers here have the hunger. They want a top-notch phone, which should ideally have everything, even if it is no use to them in the initial stages. The support for 5G on a smartphone makes no sense right now in India but it does make the phone future proof. It's not that India will not get 5G and when it does, Realme and IQOO will have the last laugh.