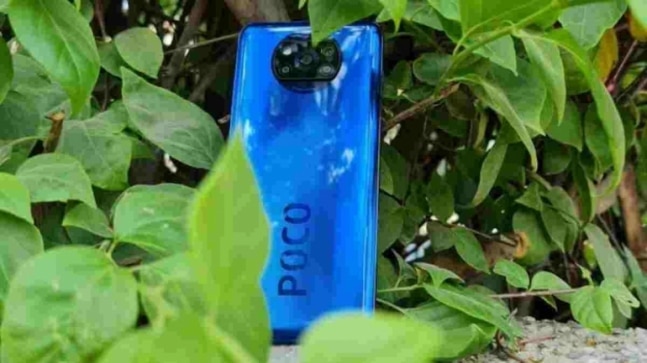 The smartphone had cleared the BIS certification.

Poco X3 Pro may officially launch soon. The smartphone has received certifications in multiple markets including India. It has recently received Thailand's NBTC certification with the model number M2012J20SG. Earlier, the Poco X3 Pro had received Malaysia's SIRIM, Europe's EEC, IMDA, FCC, TUV Rheinland, and BIS (model number M2012J20SI) certifications. The latest listing confirms that the smartphone will have 4G LTE only connectivity and will run MIUI 12 based on Android 11.

The Poco X3 was launched in India last year. Globally, it had also launched the Poco X3 NFC edition which didn't come to India. There is still no official word on the Poco X3 Pro India launch but the recent developments hint that it may happen soon.

To recall, the POCO X3 features a 6.67-inch FHD+ display with a 120Hz refresh rate, 240Hz touch sampling rate, a punch-hole cutout, and Gorilla Glass 5 layer. It is powered by the Qualcomm Snapdragon 732 SoC paired with Adreno 618 GPU, up to 8GB RAM, and 128GB storage that is expandable via a microSD card. It runs on Android 10 OS with MIUI 12 custom skin on top. The phone packs a 6,000mAh battery and supports 33W fast-charging.

The smartphone comes with a quad-camera setup comprising of a 64MP Sony IMX682 primary sensor, a 13MP ultra-wide-angle lens, and a couple of 2MP sensors for depth and macro shots. There is a 20MP selfie snapper on the front for selfies and a side-mounted fingerprint sensor for security.

Redmi Note 10 series launch on March 4, will be sold on Amazon India