Poco is set to launch its new smartphone Poco X3 Pro in India as well as global markets later this month. The global launch is scheduled for March 23 while the India launch is set for March 30. 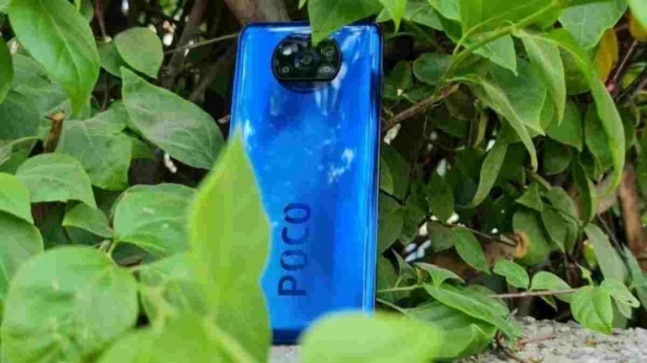 The smartphone maker has confirmed the presence of an adaptive refresh rate and Corning Gorilla Glass 6 on the Poco X3 Pro.

Poco is set to launch its new smartphone Poco X3 Pro in India as well as global markets later this month. The global launch is scheduled for March 23 while the India launch is set for March 30. The smartphone maker is trying to create hype around Poco X3 Pro's performance. It has even promoted the Poco X3 Pro as a successor to 2018's popular Poco F1. While there are still few days for the launch, few specifications of the phone have been leaked online, others have been confirmed by the company itself.

In terms of hierarchy, the Poco X3 Pro will succeed the Poco X3 in India. The latter was launched last year and is selling at a starting price of Rs 14,999. The Poco X3 Pro is expected to be a significant upgrade on the previous-generation device.

Since Poco is promoting the smartphone for its performance, it is safe to assume that it will come with Qualcomm 8-series processor. This can be the new Snapdragon 870 SoC which is an upgrade on last year's Snapdragon 865 series. A teaser shared by Poco also hints at an all-time high score on Antutu benchmarking platform for the Poco brand.

Poco X3 Pro is expected to feature a 6.67-inch LCD display with full HD resolution with up to 120Hz adaptive refresh rate. It might come in two variants - 6GB+128GB and 8GB+256GB. The smartphone may run on MIUI 12 based on Android 11 but should get MIUI 12.5 update soon as well.

In the camera department, it will have as many as four sensors on the back. The main lens here could be a 64-megapixel or 48-megapixel sensor. The smartphone is likely to pack a 5,200mAh battery with 33W fast charging support. Other features that are likely to be available on the Poco X3 Pro are NFC, 4G LTE, and dual-band Wi-Fi. It will be interesting to see if the Indian variant also gets NFC support or not.

The pricing of the phone will be known during launch. However, it is expected to cost under Rs 25,000 in the country.

Airtel, Jio, Vi data-only recharge plans under Rs 500 that you can go for