Sony's PS5 might knock Microsoft's Xbox Series X out of the park with its gaming titles but it could be vice versa when you consider performance. 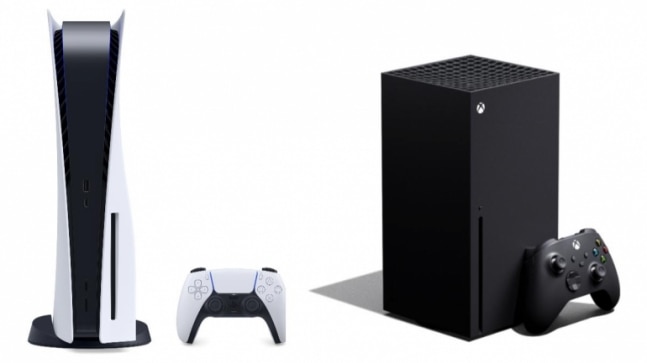 Sony PS5 is taking its fight with Xbox Series X head-on. Both the next-generation gaming consoles are vying for the top spot in the market because they both cost the same and offer a gamut of advanced features. The showdown between Microsoft and Sony in the world's most advanced gaming industry is not just about which one is the most capable and powerful console but also about the gaming titles that will be available to the PlayStation 5 and Xbox Series X. but before let me regale you to what both companies have announced.

First, the Xbox Series X is going up for pre-orders on September 22 while shipping begins November 10. It costs $499 in the US and Rs 49,990 in India. The Sony PlayStation 5 is coming out on November 12, but its pre-orders are not for everyone. You must be invited to pre-order one and this system is complex, so we are writing the pre-orders for PS5 off. Sony has priced the PS5 at $499.99, a little more than what the Xbox Series X costs. There is a neck and neck fight between the two and this is how we think it is going to play out.

On the specifications front, the Xbox Series X outshines the PlayStation 5 but only by a thin margin and in theory for now. The biggest difference is between the processors of the two: the Xbox Series X uses a custom octa-core AMD Ryzen Zen 2 CPU with a clock speed of 3.8GHz, which works in tandem with the custom RDNA 2 GPU gives a maximum output of 12 teraflops. The Sony PlayStation 5 features an octa-core AMD Ryzen Zen 2 processor, as well but with a maximum clock speed of 3.5GHz. There is also the AMD Radeon RDNA 2-based graphics engine on the PlayStation 5 but the maximum power you will get is limited to 10.3 teraflops.

These are stats for nerds. I mean these numbers do not directly translate into how well the gaming console will perform in the real world but that remains to be seen. Even with the huge teraflops, Xbox Series X has to offer, the PlayStation 5 is tackling it with a different approach. It uses a different architecture than that of the Xbox Series X, so it is possible it can outmatch the performance. We will only know the actual real-world difference when the first reviews of the Xbox Series X and PlayStation 5 are out in the coming days.

Moving to the storage, you have 1TB of storage space on the Xbox Series X, but the PlayStation 5 is giving you just 825GB. There is support for extra storage, but it might be a real deal-breaker. For gamers, storage is one of the most important factors to go for a console because the games are monumentally huge. You will have cloud storage available on both consoles via the company's respective subscriptions though.

This is the next phase of gaming. It is called cloud gaming if you have not been following it. Sony has PlayStation Now while Microsoft unveiled Project xCloud to offer cloud gaming to its users. But people will ultrafast internet are going to go for this service since it requires a robust internet infrastructure that can be costly.

But let us not allow these numbers to hold us back from telling you an important detail. The data write-and-read speed on PS5 is 5.5GB per second while the Xbox Series X will push through data at 2.4GB per second. This means games will load faster on PS5 than on Xbox Series X.

The maximum video resolution you are getting on both gaming consoles is 8K, but I believe a lot of games are going to max out at the 4K resolution. Moreover, 8K TVs are not mainstream yet, which makes both consoles futureproof. There is hardware-accelerated raytracing on both the Xbox Series X and PlayStation 5 consoles, which means the light projections and shadows are going to look their best while 3D rendering will be smoother than before.

Now that most of the specifications are out of our face, let us talk content.

You have the popular Spider-Man franchise, Uncharted 4, Horizon franchise, and God of War on PlayStation. And the titles that are launching for Xbox also make their way to Sony's PlayStation platform, giving the latter an upper hand in the segment. Microsoft has Halo and Forza franchise to win over gamers, but Sony just outperforms it. But this year even the Halo Infinite is getting pushed back to 2021, so you have one less title here. Microsoft is trying to make up for that with a slew of other games on its platform, but they do not seem a match in front of Sony's catalogue of exclusive titles for the PlayStation.