PUBG Mobile Chinese version is getting the Erangel 2.0 map, and along with it the Payload Mode 2.0. The global release details of the map are not known yet. 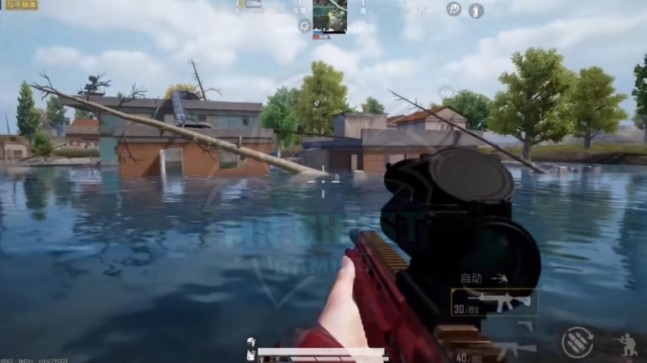 The Erangel 2.0 map was shown off by a YouTubers Mr Ghost Gaming and Rey Lagarto in their videos. Going by what the video suggests, the revamped Erangel map has better graphics, new area designs and building, and certain other improvements. The environment and buildings in the map are more pleasing visually and have sharp textures, as compared with their earlier versions. In their walkthrough videos, the YouTubers showed that the gameplay has become even smoother with the map and that the navigation is more accurate to the touch.

The sky, water, trees, and greenery in the map looks more real than before with the latest map. Some new elements to the map include horse skeletons, bunkers, tanks, and trenches. There is also a mini island on the map, which can be reached via a surfing board. The island has some special loots in the game. The map shows building basements now, in addition to a nuclear plant.

Some of the vehicles in the map have been weaponised with the update. The weaponised vehicles include UAZ, Buggy, and Dacia. Some other heavy weapons have also been added to the gameplay, including M2020 quadruple rocket and AT4-A laser tracking missile.

While there are small yet important enhancements made to the Erangel 2.0 map, the biggest upgrade is the availability of the Ultra-HD mode. The Erangel 2.0 can be played with higher frame rate on high-end devices. Another worthy improvement made to the Erangel map is the Payload Mode 2.0, which is an upgrade over the last one. The Payload Mode 2.0, the video suggests, has an anti-bomb suit, a soldier radar, and a UAV drone.

PUBG Mobile recently launched the Silverback Set along with an Ancient Spin. The latest set and headgear were introduced alongside other items to win, such as cosmetic items. The PUBG Mobile also introduced the Mother Clucker recently.