PUBG MOBILE Mysterious Jungle Mode coming on June 1, will be based on Sanhok

PUBG MOBILE is getting a brand new gameplay mode based on the Sanhok map this time. Teasers suggest it will be based on the idea of a treasure hunt. 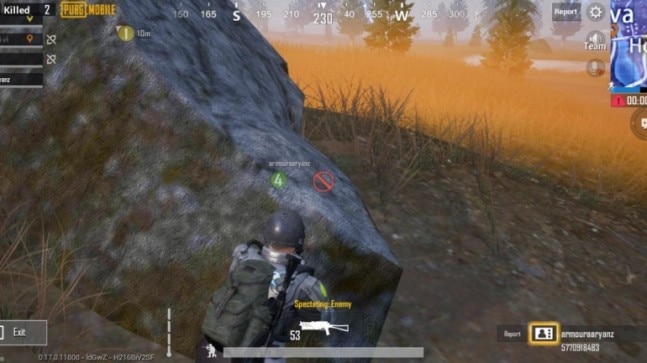 If there's one thing that has helped keep the young people within homes during the COVID-19 lockdown, it has to be mobile gaming. Most prominently, it is PUBG MOBILE that has kept players invested in itself, bring several new modes and competition. No wonder there are long queues for some match modes within the game. Not long ago, we got the update 0.17.0 that brought the Mad Miramar to the stable version and if you have had enough of it, the PUBG MOBILE team is bringing more.

The PUBG MOBILE team has started teasing the next major update for the game and it appears that we won't have to wait long. The next update is going to hit the stable server from June 1 and it will bring a new gameplay mode along with several new in-game items. The focus of the next update will be on the Mysterious Jungle Mode that will be based on the Sanhok map.

What's new with the Mysterious Jungle Mode? Nobody knows, at least for now. The PUBG MOBILE team isn't revealing what this mode has to offer. Based on the teasers shared on its social media accounts, it seems that the Mysterious Jungle Mode will involve players in some sort of a treasure hunt quest within the Sanhok map. Players could team up in a team of two and look for clues to some kind of in-game treasure.

While the treasure-hunt keeps going on, players will also have to watch out for enemies and eliminate them to keep moving forward. Since the mode is based in Sanhok, players may have to make the best use of jungle warfare tactics to win the mode.

The Mysterious Jungle Mode will be an addition to a slew of new gameplay modes PUBG MOBILE has got in the last few months. The previous update introduced a new Blue Zone based mode that kept shifting the blue zones randomly to keep the gameplay competitive. Prior to that, there was the Arctic Survival mode based on Vikendi that made survival a key part of the game while racing for the Chicken Dinner.

There are several rumours of PUBG MOBILE getting another new map after a long while. It is expected to be called the Fourex and is said to have self-healing springs, monster trucks and more.

ALSO READ | Google sees an increase in state-backed hacking and phishing due to coronavirus outbreak
ALSO READ | OnePlus 8, OnePlus 8 Pro India open sale delayed: All you need to know
ALSO READ | Reliance Jio has doubled the data of JioFiber annual plans: Which one should you choose?
Tags: PUBG