PUBG MOBILE to now get a Library map, another new game mode with future update

PUBG MOBILE is now set to get a new Library map along with a new game mode that will let players cycle through all the weapons in the game. 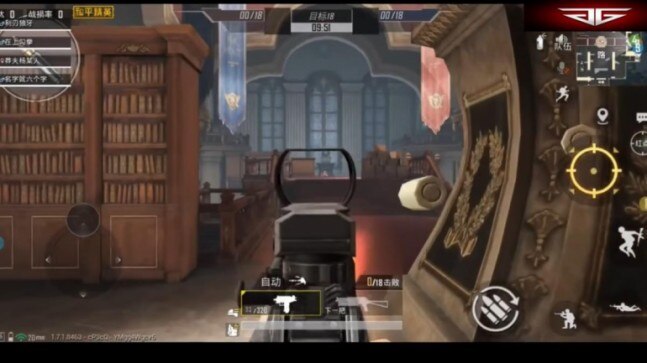 PUBG MOBILE has completed two years of its existence and in the rather long life it has had, it can be credited for changing the mobile gaming industry. Console quality gameplay is now available for everyone on their phones and with every passing month, there's some kind of new content for players to enjoy. Currently, the 2nd year celebrations are underway with a special amusement park addition but it seems that the developers are preparing for the next major update soon.

Speaking of the new gameplay mode, players will be let to fight in a team against another team. In order to fight each other, the game will let players cycle through all the ammunitions in the game. Every weapon can be upgraded and used to eliminate the rival team members. Once the best weapons are used, players will be left to fight out the final rounds with the pistols and shotguns. The last round will be fought with the frying pan to let the remaining player win.

Given that the update has only reached the Chinese beta version of PUBG MOBILE, it could be a while before the global version of the game gets to see the update. That said, the Library map seems to be inspired from the Call Of Duty Mobile maps and it will let players experience a different kind of battle in the game.

Currently, PUBG MOBILE is celebrating its second anniversary and to let players enjoy, the game is giving more rewards to players. The Erangel map has now received a new amusement park where players can go with their squad and earn some in-game rewards with the in-game video games. While some of them focus on reaping the rewards, other will have to watch out for enemies closing in and taking out the players. Players can escape the location with a special ejector seat mechanism in the middle of the park.