PUBG: New State may not be released in India until PUBG Mobile India is out

PUBG Mobile India was announced last year but it has not been approved for launch by the Indian government yet. 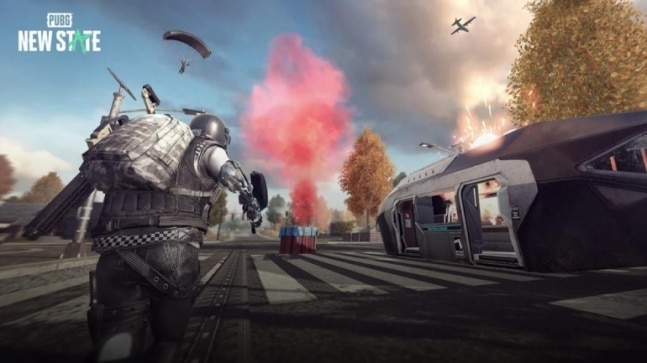 PUBG: New State, the upcoming mobile title from the makers of Playerunknown's Battlegrounds, is not coming to India anytime soon. At least not until the anticipated PUBG Mobile India is launched. Krafton, the parent company of PUBG Corporation, has apparently said that there are no plans to launch PUBG: New State in India yet. This comes as a setback to the uber-hit battle royale game, the original version of which was banned by India last year, and the company has been pushing for the relaunch for a little over four months now.

"We are not planning to launch New State in India yet," Krafton was quoted as saying in a report by a South Korean website The Guru. "It is true that India has been excluded from the pre-registration of New State," the company told the publication. This falls in line with what Indian players have reported so far, that they cannot pre-register for PUBG: New State in India via Google Play Store, even though the listing is visible. Krafton has said that it wants to focus on the launch of PUBG Mobile India first, which is deemed the Indian version of PUBG Mobile with one too many changes, possibly made to appease the critics.

What is PUBG: New State?

PUBG: New State is a futuristic battle royale game from Krafton set in 2051. Since it is a postmodern world, the game will feature drones, deployable bunkers, and have futuristic gadgets, which will change how battle royale is played right now. The game will likely introduce a new map called Troi that will show ruins of buildings in the world marred by anarchy. "Using diverse weapons and tactics, 100 survivors will face off until only one player or team remains standing. With an ever-shrinking Blue Zone, players must find weapons, vehicles, and consumables to gain the upper hand. Only the strongest will emerge as the "Lone Survivor" in this epic showdown." reads the app description of PUBG: New State on Google Play Store. The iOS pre-registrations are said to begin soon, as well.

The status quo of PUBG Mobile in India is not favourable. The government has repeatedly shrugged off the requests and applications made by PUBG Corporation for the launch of PUBG Mobile India. After issuing the ban last year, the Ministry of Electronics and Information Technology (MeitY) responded to an RTI application back in December saying that the ministry does not grant approvals to the launch of apps or games. The statement was a little confusing because the ministry issued the ban. Later, it was reported that PUBG Corporation has not been able to fix meetings with the government to discuss the matter, leading to a delay until March-end.

The government never spoke openly about the PUBG Mobile ban ever since the ban. But Prakash Javadekar, minister of information and broadcasting, said Sunday that PUBG is an example of a violent mobile game and that the government will soon set up a Centre for Excellence in gaming to teach courses that will promote Indian cultural ethos in games. This centre will be set up in collaboration with IIT Bombay later this year, with the courses starting just as soon.