PUBG Paramo map update brings big changes to Season 9, to be available to some Indian players

PUBG is gearing up to introduce the Season 9 later this month with Paramo map that will change how you have been playing the battle royale. 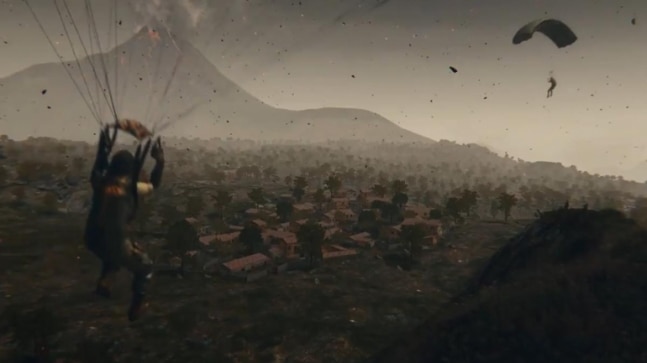 PUBG Season 9 is coming soon. The PUBG Corporation has teased the upcoming season and it is going to be entirely different from previous seasons. The PUBG Season 9 will introduce a new map called Paramo, which the company is saying will have a "dynamic landscape". In its essence, you can expect the map to change from game to game -- something that will potentially excite players while bringing a new element to the battle royale. In India, you will be able to play the PUBG Paramo map because it is arriving on PC and consoles, both of which are not banned.

"Paramo's dynamic landscape will keep you guessing each drop!" said PUBG Corporation in a tweet that shows glimpses of the new map in a teaser video. As intriguing as it looks, the Paramo map will have two major elements that will bring about the "dynamic landscape" experience.

First, you have the volcanoes on the map. This could be key to how the map will have different versions: the video shows portions of the map with volcanic ash falling from the sky while a few portions have sunny environments. The map changes about three-four times in the video. The second one is the helicopter that might or might not be controlled by players.

A few bits of the Paramo map shows buildings changing intermittently when the landscape changes, which gives us a fair idea of how deep this integration will go. With changing buildings, PUBG could have introduced dynamic loots but that is something we must see when either PUBG Corporation announces them or when Season 9 comes out.

PUBG Season 9 is set to arrive soon as the Season 8 is in its last leg. It is nearing its end on October 21 on PC and October 29 on consoles, after which you can expect the Season 9 with Paramo map to start rolling out to players. The Season 9 will arrive the version 9.1 update that will also bring the solo ranked mode, which is highly anticipated right now.

PUBG Corporation will likely release more updates on the PUBG Season 9 in the coming days but you, in India, should be excited if you own either an Xbox or a PS4, or if you bought PUBG on Steam for your PC. PUBG Mobile might get this update later but that will be of no good to you since it is banned in India.

SBI online banking services down due to server issues