PUBG has introduced a new reputation system that will assign each player a level that will go up or down depending on how good your behaviour is going to be. 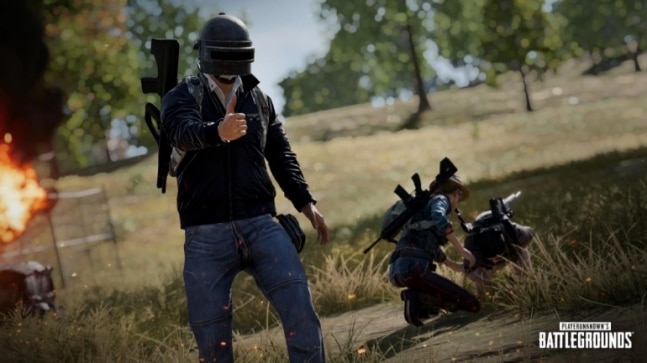 In a blog, PUBG has explained what exactly the reputation system does. "Keeping in-game interactions healthy is important to us. We know passions can run high on the Battlegrounds, but toxic behaviour is never justified. To help keep things more civil while you kill each other, we're introducing a new Reputation System to PUBG," said the company in the note. There will be six levels ranging between 0 to 5 that each player will be assigned depending on how his behaviour with fellow players remains. This level will be visible in the Team Finder so that players searching for a teammate get an idea of what sort of a player you are going to be.

A player will start from 0 and naturally graduate to reach successive levels based on your treatment in the game. But in case you show a toxic attitude towards your teammates, your level will be lowered. These reputation levels will automatically increase with normal gameplay of Normal/Ranked Battleroyale matches. In case you ditch a match and fail to return repeatedly, your level will be decreased. The reputation level will also be decreased by showing negative behaviour, such as obstructing gameplay, verbal abuse, team killing, etc. A ban on the violation of terms of service will also see the decrease in the level.

But if you are reported for using cheats in the game, PUBG will spare you and your reputation level will not be affected. It is a little strange because using hacks or cheats is, in a way, a violation of PUBG terms of service, which is one of the reasons why the reputation level will be lowered. "We hope this helps everyone have a better time on the Battlegrounds!," said the company in the blog.

The new Console Update 10.2 also brings updates to the Ranked Mode penalties, wherein the leaver penalties will be waived for players who leave within five minutes after the plane takes off. The waiver will also be applicable if a player chooses for matchmaking to find them teammates and the plane takes off with an incomplete team (team of fewer than 4 players in Ranked squad mode), and a member of the player's pre-made team hasn't left the match before the plane leaves.

There is also a new vehicle called Coupe RB in PUBG with a top speed of 150kmph, "making it second (on land) in speed only to the Motorbike." The vehicle will not carry the whole squad but you can ride solo to reach wherever you want to along with a partner. It is only spawned in Erangel, Miramar, and Sanhok maps. The new update should be available to PUBG players on console.

Will Donald Trump come back on Facebook? The decision to overturn ban now rests with Oversight Board