Qualcomm is reportedly working on a Nintendo Switch-like gaming console that Android will power. The console is expected to debut sometime early next year at a price similar to the Switch. 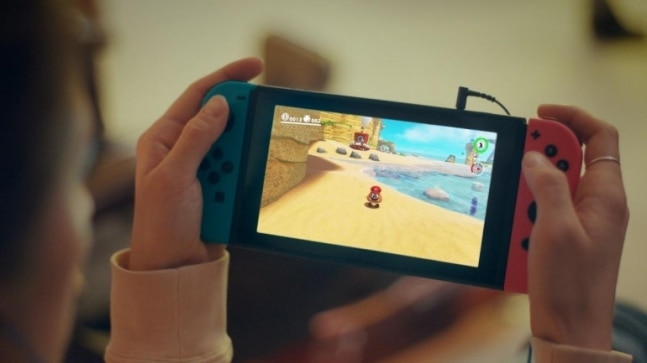 Nintendo Switch has been a much sought-after gaming console around the world since its introduction. Part of its dominance in sales was backed by the fact that none of the major technology players had entered the segment as a competition. That, however, might be about to change soon.

Renowned chipset maker Qualcomm is reportedly looking to bring a Nintendo Switch-like gaming console to its international markets. The confirmation comes from a report by Android Police that states that Android will power the upcoming gaming device.

The report mentions that Qualcomm's gaming device will have detachable Joycon-style controllers on the console's left and right sides. These controllers will be manufactured by a "premium supplier in the controller space", but the exact name of the supplier is yet unknown.

Other information available around the gaming console tells us that it will run the Android 12 operating system with Google's apps and services support and a customized launcher. It is also expected to support video output and come with a 6,000mAh battery. Other features might include an SD card slot, 5G connectivity, and Qualcomm QuickCharge support.

The report mentions that Qualcomm is in talks with Epic Games to include the Epic Games app on the console. The app would provide direct access to Fortnite, and other games by Epic made for Android devices.

The gaming console by Qualcomm is anticipated to mark its debut sometime in Quarter 1, 2022. As per the report, the company is targeting to introduce it with a price tag of $300. This means as and when it launches, Qualcomm's gaming console will be directly competing with the Nintendo Switch at exactly the same price point.

At this price, however, the console is unlikely to feature a flagship Qualcomm processor. So it is a possibility that Qualcomm introduces a whole new chipset for its gaming console.

No images or official information is yet available around the console, but a report by XDA Developers independently confirms that such a Switch-like console is in the making by Qualcomm. However, it cannot be said that the device will be fully manufactured and sold by Qualcomm.

If or when it is, the new console will be the ultimate alternative to Nintendo Switch as not many have tried to compete in this segment to date. Since it will be based on Android, the console is also expected to have more versatility and games than Nintendo's own OS that powers the Switch.