The new chipset uses Cortex-A77 cores which are clocked at 2.2GHz, thereby offering better performance than the Snapdragon 768G and Snapdragon 765G at least on paper. 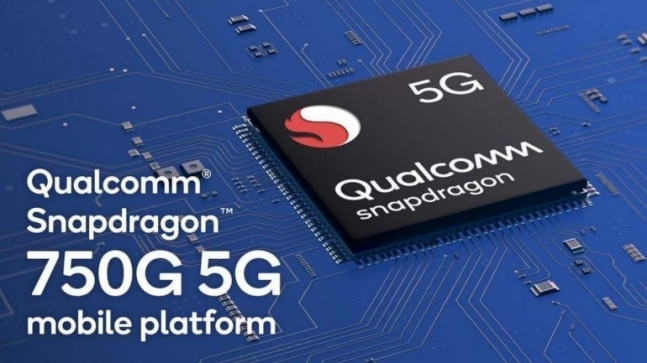 Qualcomm has released a new 5G-ready SoC to take on the growing challenge from the MediaTek's Dimnisty range of chipsets. Called the Snapdragon 750G, this is a new 8nm process-based octa-core chipset with a new Kryo 570 CPU.

Apart from this, the Snapdragon 750G gets a Snapdragon X52 5G modem that supports the mmWave and Sub-6GHz spectrums. Because it is a powerful mid-range chipset, the SoC will also have support for Snapdragon Elite Gaming features including support for updateable GPU drivers, HDR fast Blend, and Game Color Plus. The imaging processor is also a new one, with the SoC getting a Spectra 355L ISP which supports up to 192-megapixel photos. The chipset also gets support for Bluetooth 5.1, Wi-Fi 6, Adaptive Audio, and support for Quick Charge 4+.

Other than this, the Qualcomm Snapdragon 750G supports up to 120Hz FHD+ displays. It can record 4K HDR videos at 30 fps and 720p content at 240 fps. The chip also supports 10-bit color depth for immersive visual experiences.

This is after the phone's source code was spotted on Geekbench, with a mention of the SoC. While the company hasn't said anything yet publicly, the Galaxy A42 is also expected to be this device as the phone was announced earlier this month as Samsung's most affordable 5G phone. However, at the time Samsung did not disclose all the details of the device. But from what we know, the phone features a 6.6-inch Super AMOLED display and a quad rear camera setup.

Moto E7 Plus launched in India: Price, specifications and more