The chipset brings with itself a number of interesting features, including support for X55 5G Modem-RF System for 5G connectivity and Qualcomm's 5th generation AI Engine. 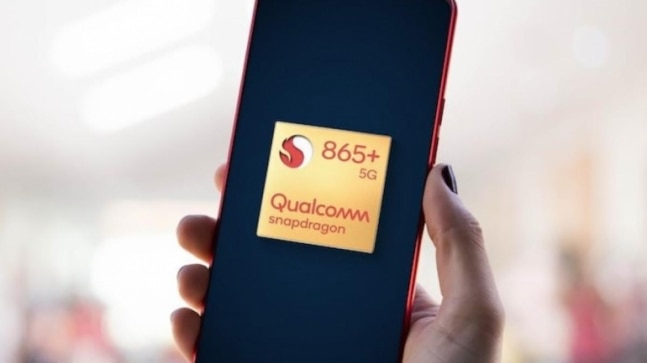 Qualcomm has launched its most powerful mobile processor to date, the Snapdragon 865+. Successor to the existing Snapdragon 865 SoC, this new chipset has been launched for premium segment smartphones. With the new Snapdragon enterant, Qualcomm aims to offer "increased performance across the board for superior gameplay and insanely fast Qualcomm Snapdragon Elite Gaming experiences, truly global 5G, and ultra intuitive AI."

The chipset brings with itself a number of interesting features, including support for X55 5G Modem-RF System for 5G connectivity and Qualcomm's 5th generation AI Engine for the improved camera, audio, and gaming performance. The chipset also gets Snapdragon's Elite Gaming premium features including updateable GPU drivers and support for 144Hz refresh rate display along with 10-bit HDR.

In terms of performance, Qualcomm claims this chipset offers a 10 per cent increase (over the Snapdragon 865. It also brings Adreno 650 GPU with 10 per cent faster graphics processing. There's also Qualcomm FastConnect 6900 for better Wi-Fi speeds up to 3.6Gbps.

The Snapdragon 865 is the first time a mobile chipset has crossed the 3GHz threshold. The Kryo 585 architecture used in the Snapdragon 865+ is based on ARM's more recent offerings and which helps it clock in at 3.1GHz.

Qualcomm claims that this processor will be seen on smartphones in the third quarter of 2020. Oneof the first devices to get the chipset will be the Qualcomm Snapdragon 865+ will be Asus ROG Phone 3. The phone is set to be launched on July 22. The chipset will also be seen on Lenovo's Legion gaming smartphone.

"Three years after the launch of the Lenovo Legion PC portfolio, we're bringing our beloved gaming sub-brand's core values of speed and powerful performance to 5G mobile gaming where Lenovo Legion will be amongst the first to offer the new Snapdragon 865 Plus in our expanding family of gaming devices this year. Lenovo has a long history of co-engineering amazing consumer experiences with Qualcomm Technologies and we can't wait to share more soon."

Samsung Galaxy Z Flip available with 50 percent cashback at Galaxy Hours Flash Sale: Here is how you can buy