Realme 5 Pro has seen a discount of Rs 1,000 on its pricing of all the variants. But it is a relatively old smartphone that might be a deal-breaker for some. Should you get it or skip it? Here's what we think. 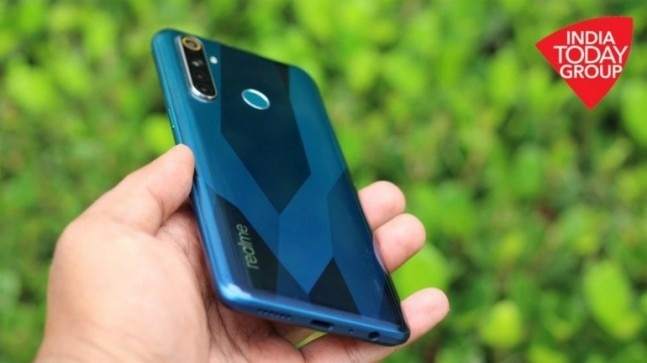 Realme 5 Pro price in India has been slashed. All of the storage variants of Realme 5 Pro, which was launched back in August last year, are now available to buy for Rs 1,000 less via Flipkart and realme.com. The smartphone originally started at Rs 13,999, offering specifications such as a 48-megapixel camera, a Snapdragon 712 SoC, and VOOC 3.0 fast charging technology, which we found impressive in our review of the Realme 5 Pro for its price. Realme 5 Pro has some of the best cameras that you can get on a smartphone at its pricing, which has now been lowered.

The new pricing is effective from Wednesday, January 29 across the online marketplaces, that include Flipkart and the company s online store at realme.com. Realme 5 Pro comes in Sparkling Blue and Crystal Green colours.

Should you get Realme 5 Pro after around five months?

The price drop on the Realme 5 Pro is attractive but you cannot overlook the fact that the smartphone is relatively old. But that does not mean you should skip the purchase, especially when you are looking at the budget segment. Let's see what we had to say about the Realme 5 Pro in our review last year.

The Realme 5 Pro essentially builds on everything that we liked about the Realme 3 Pro. It gets an attractive design, a fast and smooth Snapdragon 712 processor along with dependable all-day battery life. All of this at a starting price of Rs 13,999 makes the Realme 5 Pro an easy recommend.

It should be clear by now that Realme 5 Pro is a decent smartphone that you will find still relevant. The cameras are good, the battery is decent, and moreover, the aesthetic of the smartphone is attractive. But now, you are getting all of that for Rs 1,000 less, which might sweeten the deal for you.

Should you skip Realme 5 Pro?

At Rs 12,999, Realme 5 Pro is worth the price but there are rivals. Realme 5 Pro has some strong competition in the form of Xiaomi's Mi A3 that is now available to buy for Rs 11,999. Mi A3 has some positive reviews from across the industry, including ours wherein we gave the smartphone a rating of 7.5 out of a total of 10. If you are into no-frills products, Mi A3 might be your best bet for Rs 1,000 less than what Realme 5 Pro is now priced at. You can also browse more smartphones at this price, such as the Samsung Galaxy M30s.

Apple HomePod smart speaker now sells in India, is cheaper than all other markets