Realme 5i now has a 128GB storage variant in India: Should you buy it?

The Realme 5i has four cameras at the back and is powered by a Snapdragon 665 processor under the hood. 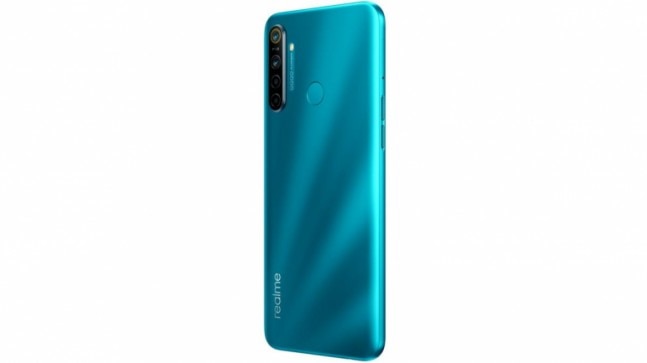 Realme Band 5i now has a new storage variant in India. The budget smartphone will be available in a 128GB storage model, in addition to its existing 64GB models. The Realme 5i was launched in India in January with just a single variant but, maybe, the demand for a higher storage variant has led to the launch. While the storage has been upped on the Realme 5i, the RAM space still remains the same on the new model. The inclusion of the 128GB storage model could allow users to store more content, thereby, preventing the need for an external microSD card.

The Realme 5i now has a 4GB RAM and 128GB storage model in India. It is priced at Rs 9,999, which is only Rs 1,000 more than what the 4GB/64GB model costs. The colour options on the Realme 5i remain the same Aqua Blue and Forest Green. You will be able to buy the Realme 5i via Flipkart and Realme.com.

The Realme 5i comes with a 6.52-inch HD+ LCD display with a resolution of 720x1600 pixels and an aspect ratio of 20:9. The smartphone runs Android 9 Pie-based ColorOS 6.0.1 and is powered by an octa-core Qualcomm Snapdragon 665 processor coupled with 4GB of RAM. There are two storage options now 64GB and 128GB which can be further expanded via microSD card by up to 256GB. The smartphone has a fingerprint sensor mounted on the back of the phone.

Should you buy it?

Realme 5i has good specifications on paper it has the same processor that powered the Realme 5 and has four cameras at the back. For its price, however, the Realme 5i is not convincing enough, especially, because there are no frills that make it anything more than just an unwanted variant for the Realme 5. If you are a Realme fan, you, of course, can go for the Realme 5i because it still has everything right for a budget phone. But you can get more if you expand your search and go for other smartphones that are available in the market.

These prepaid plans by Jio, Airtel and Vodafone Rs 300 are best for your pocket