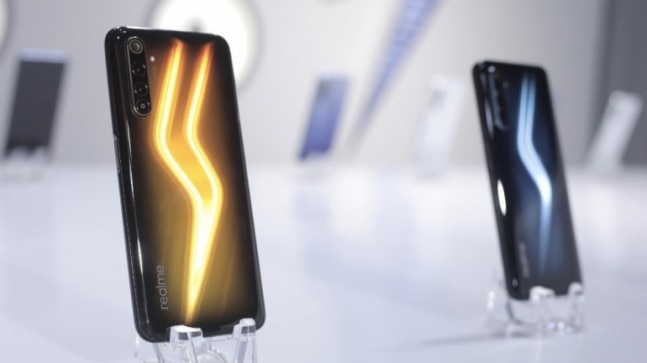 Realme 6 Pro is one of the two recent smartphones that Realme introduced in India. Both smartphones have some interesting features that make them worth looking at in their price brackets. The Realme 6 Pro is the bigger and more advanced version of the Realme 6 it has a better processor and support for NavIC navigation system, which has been developed by ISRO. If you are interested in the Realme 6 Pro and waiting for its next sale, Realme has some good news for you.

In a tweet sent out on Saturday, Realme India CEO Madhav Sheth announced the Realme 6 Pro will be up for purchase during its next sale that will run for four days. It [Realme 6 Pro] goes on next sale from 19th to 22nd March, said Sheth. The Realme 6 Pro went up for its first sale on Saturday, March 14 which, according to Sheth, had a great start. For the next sale, the e-commerce platforms will be the same Flipkart and Realme's online store at realme.com.

The Realme 6 Pro is a mid-range smartphone that supports dual SIM cards and runs Android 10-based Realme UI. The smartphone is powered by an octa-core Qualcomm Snapdragon 720G processor clocked at 2.3GHz. It packs up to 8GB of RAM and 128GB of internal storage, which can be expanded via a microSD card up to 256GB. The Realme 6 Pro packs a 6.6-inch FHD+ LCD display with a 90Hz refresh rate. The display is protected by a Corning Gorilla Glass 5 and has a punch-hole design on the front.

For photography, the Realme 6 Pro has a 64-megapixel Samsung GW1 primary f/1.8 sensor, an 8-megapixel ultra-wide-angle (119-degree) f/2.3 sensor, a 12-megapixel telephoto f/2.5 lens, and a 2-megapixel macro f/2.4 sensor, working in synergy at its back. The cameras support PDAF, 20x zoom capabilities, and video recording up to 4K resolution. The Realme 6 Pro has dual selfie cameras - front a 16-megapixel f/2.1 sensor and an 8-megapixel f/2.2 wide-angle sensor with a FOV of 105 degrees. The smartphone is backed by a 4300mAh battery that charges at up to 30W.