Realme 6 and Realme 6 Pro come with 90Hz display with a full-HD resolution. 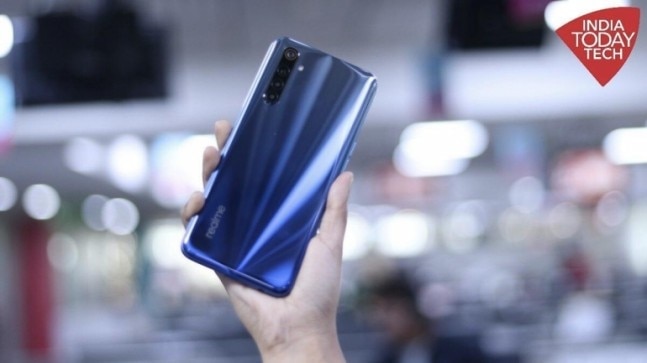 Realme 6 Pro and Realme 6 now support HD streaming on Netflix. In a post on Twitter, Realme India CEO Madhav Sheth announced that the new Realme 6 series phones are now capable of streaming Netflix content in true HD quality. This means that both Realme 6 Pro and Realme 6 have received the Widevine L1 certification that makes them DRM compliant to stream high-quality content. That being said, Realme has not confirmed whether the two phones will also be able to play 1080p content on Amazon Prime Video as well.

With the latest OTA updates, now you can make the most of your stay at home by enjoying Netflix in HD on #realme6 & #realme6Pro. Reply with what you guys are watching now. pic.twitter.com/3djRE0dbyA

While it is a welcome move for Realme 6 series users, it should also be noted that all the OTT platforms have been directed to downgrade streaming quality as the internet gets inevitably burdened with a massive surge in streaming traffic. Livemint has reported that OTT platforms, including Netflix, Amazon Prime Video, Hotstar, and event YouTube have resorted to lowering the resolution of content from High Definition to Standard Definition. The bitrate of streaming videos has to be capped at 480p on cellular networks, the report said.

Since people in most countries are locked down at their homes amid the coronavirus pandemic, internet consumption has grown manifold. While the data for internet consumption is not available yet, major carrier Verizon in the US has reported that the web traffic was up by 22 per cent. The 'Work from Home' culture has immediately sprung up into the mainstream, requiring a huge portion of the internet to be directed towards related activities. The streaming hampers the bandwidth of the internet and has been, thereby, throttled.

After launching chatbot, WHO working on app to detect coronavirus, likely to roll out on March 30