Realme has launched a new smartphone called Realme 6i and it brings the 90Hz display to an even affordable segment. 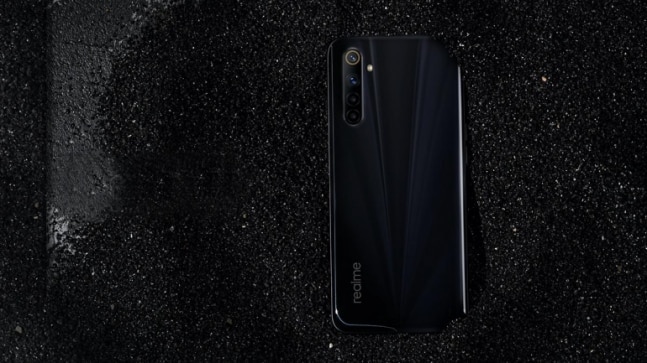 Realme 6i has been officially launched in India. The latest budget smartphone comes as a rebadged version of the Realme 6s, which debuted in Europe back in May, so the specifications are all the same. Interestingly, Realme already sells a Realme 6i in Myanmar but with a different set of specifications and it made to India as the Narzo 10. Keeping the confusion aside, what you, as an Indian customer, needs to know is that the Realme 6-series in India has three smartphones under it now - Realme 6i, Realme 6, and Realme 6 Pro.

Realme 6i Price in India

The Realm 6i has two RAM and storage variants in India - the 4GB/4GB option costs Rs 12,999 and the 6GB/64GB model is priced at Rs 14,999. The Realme 6i comes in Eclipse Black and Lunar White colours with a faux glass finish at the back. It will go on sale on Flipkart and realme.com starting at 12 pm on July 31. It will soon be available in offline stores across the country.

Borrowing the two key components as its innards from the Realme 6, the Realme 6i has a 90Hz display and a MediaTek Helio G90T processor. The display is 6.5-inches in size, has a Full-HD+ resolution, a screen-to-body ratio of 90.5 per cent, and features a punch-hole setup. Realme says the display is protected by a Gorilla Glass but it has not specified what generation that glass protection from Corning is. As for the processor, it is an octa-core processor with the maximum clock speed of 2.05GHz. The Realme 6i runs Android 10-based Realme UI sans the apps that were banned by the government recently as a part of its crackdown on 59 Chinese apps. There is up to 6GB of RAM and 64GB of storage, as we said.

In the optics department, the Realme 6i offers a 48-megapixel main camera with f/1.8 aperture, an 8-megapixel ultrawide sensor, a 2-megapixel macro sensor, and a 2-megapixel depth sensor. The Realme 6i has a 16-megapixel front-facing camera housed inside the punch-hole on the display. Realme is touting the standard features that are available on its other phones, such as Chroma Boost and Super Nightscape. The smartphone packs a 4300mAh battery under the hood with 30W fast charging via the bundled charger. It has a dedicated microSD card slot, as well. The connectivity options include Wi-Fi, Bluetooth, GPS, 4G VoLTE, and USB-C port among others.