The Realme 6i is said to be the world's first smartphone with a MediaTek Helio G80 SoC. 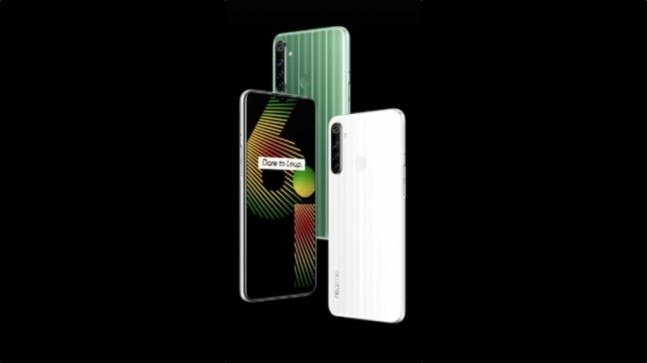 Realme 6i was formally launched as the third member of the Realme 6 series in Myanmar. The budget smartphone is the first one to rock a MediaTek Helio G80 processor. It also touts a 48-megapixel rear camera among three other sensors. The Realme 6i should essentially be the successor of the Realme 5, since Realme 5 Pro's sequel is the Realme 6. For now, the smartphone has been launched in the Burmese market and the company has not said anything on when the smartphone will make it to other markets.

The Realme 6i is a dual-SIM phone that runs Android 10 with Realme UI. It has a 6.5-inch HD+ MiniDrop display with a notch at the top, with an aspect ratio of 20:9 and shielded by Corning Gorilla Glass. The smartphone is powered by an octa-core MediaTek Helio G80 processor under the hood, paired with 3GB and 4GB RAM options. The internal storage options on the Realme 6i include 64GB and 128GB, with expandability via microSD card slot. The smartphone has a rear-mounted fingerprint sensor.

For photography, the Realme 6i has four cameras at the back -- a 48-megapixel camera with an aperture of f/1.8, an 8-megapixel sensor with an f/2.3 aperture, a 2-megapixel macro sensor with an aperture of f/2.4, and a 2-megapixel depth sensor with an f/2.4 aperture. There is a 16-megapixel AI camera on the Realme 6i, housed inside the notch. The Realme 6i is backed by a 5000mAh battery. The smartphone also supports 18W Quick Charge technology, which is claimed to be 37 per cent faster than the 10W fast charging. The company is claiming a 30-day standby on the Realme 6i. There is a USB-C port available on the phone as well. For connectivity, there are Bluetooth, Wi-Fi, 4G VoLTE, GPS, and a 3.5mm headphone jack among others.

ALSO READ | Coronavirus makes Microsoft to host Office event entirely digital on March 30
ALSO READ | TikTok moderators told to not promote videos made by ugly and poor people, says report
ALSO READ | Working from home? Here's how to turn your phone into a router if your wifi connection conks off
Tags: Realme

Coronavirus in India: Uber and Ola are trying to keep cars sanitised, will help drivers who fall ill