Realme 7 Pro first sale today: Should you buy it?

Realme 7 Pro brings an AMOLED screen, a Snapdragon 720G processor, and a quad-camera setup at the back. 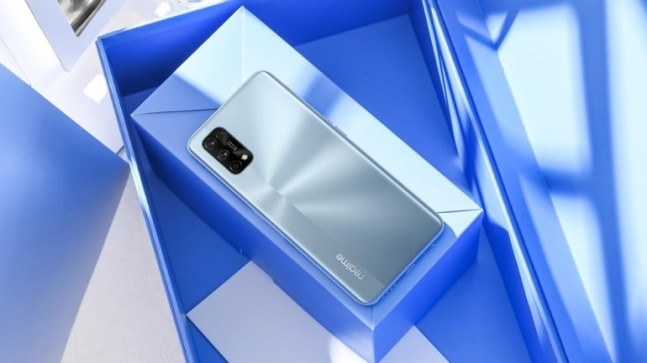 Realme 7 Pro, the spruced-up version of the Realme 7, will go on sale for the first time today. It was launched earlier this month as the Realme 7 series debuted in India to take the reins from last-generation Realme 6 devices. There are many upgrades on the Realme 7 Pro over its prequel Realme 6 Pro, so is its price. If you have been waiting to buy Realme 7 Pro, today is your chance. I will give you some reasons on why you should buy Realme 7 Pro but before that let me get its price and sale information out of the way.

Realme 7 Pro price in India and its sale

The Realme 7 Pro comes in two models: the one with 6GB RAM and 128GB storage costs Rs 19,999 and the one with 8GB of RAM and 128GB of storage is priced at Rs 21,999. Its online sale begins at noon today, September 14, on Flipkart and Realme online store. You get the Realme 7 Pro in Mirror Blue and Mirror Silver colours. On Flipkart, there are several offers that you can avail, including two years of subscription of Discovery Plus at Rs 299.

Why you should buy Realme 7 Pro

Realme 7 Pro is the only smartphone under Rs 20,000 that brings the top-class 65W fast charging. This technology has remained exclusive to premium range smartphones so far. Realme was the first one to introduce it in India with X50 Pro and now it is also the one to make it more affordable than it was. The 65W charging is said to top the battery up in about 35 minutes, which is pretty impressive considering the rest of charging speeds on smartphones go only as high as 30W in this price segment.

Another reason that I think can move you to buy the Realme 7 Pro is its AMOLED display. For under Rs 20,000, you have only a handful of devices that come with OLED panels. Majority of them belong to Samsung. Realme 7 Pro also uses one and it is definitely better than LCDs that you see on other phones. The colours are richer and there is infinite black, as well. But there is a trade-off though. You are not getting the 90Hz refresh rate on the Realme 7 Pro , just like you did on Realme 6 Pro or even the Realme 7. It is a choice you will have to make because even Samsung does not offer a high refresh rate on its OLED display phones in this range.

My third reason will be the cameras on Realme 7 Pro. I have found cameras on Realme smartphones quite capable and often good. While I am still to give my final verdict on cameras in my review, I have some opinion to share. After having used the Realme 7 Pro for photography briefly, I can say that you will be happy to invest in this phone. The cameras bring out good and well-detailed photos, with natural colours. The night mode now has three filters that you will like over the boring night-mode shots.