Realme has begun teasing a new smartphone that might join the Realme 7 series in India. 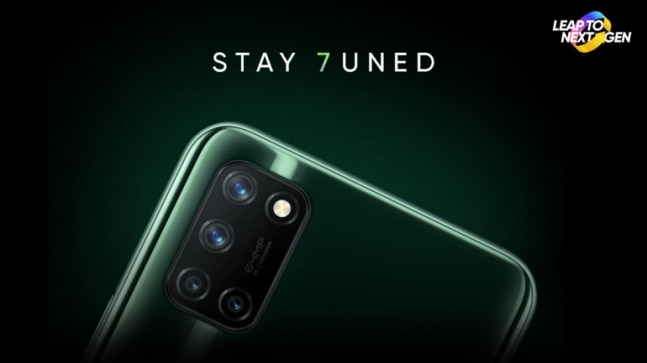 Realme is teasing a new smartphone that will launch in India soon. This is going to be the third smartphone in the Realme 7 series, which makes us speculate that it might be the Realme 7i that debuted in Indonesia a few days back. However, a leak from an Indian source goes in the opposite direction. According to the leak, the teased smartphone will be called Realme 7 Pro SE instead.

Tipster Mukul Sharma, who goes by @stufflistings on Twitter, has suggested the upcoming Realme smartphone will be the Realme 7 Pro SE. This is an out of the blue speculation but seems sensible. Realme has a good record of renaming phones for different markets, which means that the Realme 7i might be coming to India as Realme 7 Pro SE. Realme 7i was also spotted on the brand's support page, so it is a little dicey right now whether Realme 7 Pro SE is a brand new phone or just a rebadge.

We also have the image to go by about what the Realme 7 Pro SE looks like. The device looks similar to the Realme 7i, at least as far as the back camera design goes. There will be a quad-camera setup on the Realme 7 Pro SE. It features the Aurora Green colour, much like how the Realme 7i does. Besides what Realme has officially teased, the arrival of Realme 7i seems certain, even if it does so in a different identity. For now, we have this limited information about the Realme 7 Pro SE while more details are awaited.

The tipster also leaked one too many AIoT products from Realme that might see the light of day in India soon. They include Realme Buds Wireless Pro, the 55-inch 4K SLED smart TV, a Realme Soundbar, Realme Buds Air Pro, and Realme Watch S. Of all these products, the Realme 55-inch Android TV is already of a part of teasers the company is putting out. It will be interesting to see a load of devices from Realme launching in India soon and how they will tackle the dominance of Xiaomi in India.