Realme recently launched the 7-series in India with two smartphones but a third one is debuting in Indonesia in a few days from today. 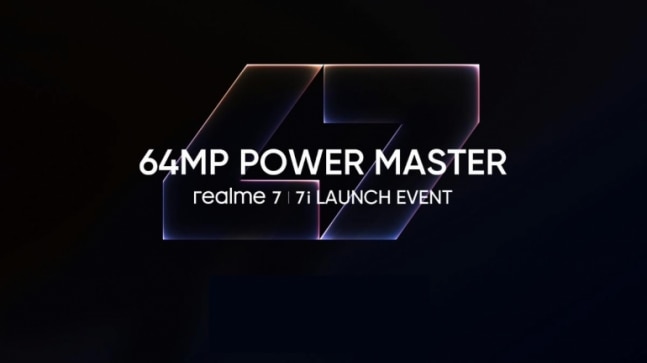 Realme 7i will be the third smartphone in the series.

Days after the Realme 7 and Realme 7 Pro launched, Realme 7i is breaking the cover on September 17. The Realme 7i is going to be the successor of the Realme 6i that has had a confused positioning if we go by different markets. I am not sure what is in store for the Realme 7i but it is not coming to India as of now. Realme is launching the striped-down version of Realme 7 in Indonesia alongside Realme 7.

Realme is touting a 64-megapixel camera on the Realme 7 series that lacks the Realme 7 Pro for now in the Indonesian market. It is interesting to see Realme reserving some models of a series for a market. I do not know when Realme 7 Pro will launch in Indonesia more than I know when the Realme 7i is coming to India. It took more about four months for Realme to launch the Realme 6i in India so maybe we are looking at a similar timeline for the launch of Realme 7i, which will mean the smartphone might come towards the end of the year.

Realme 7i specifications and look have also leaked ahead of the launch. In leaked posters for Realme 7i, the smartphone is seen having a quad-camera set-up in the similar rectangular design as that of Realme 7. There is also a fingerprint sensor at the back of Realme 7i that could come in two colourways, white and green. Realme 7i also has a punch-hole on the display, volume rocker and power button on the right.

Coming to its specifications the two posters have revealed, the Realme 7i will be very similar to the Realme 7 if we talk about things such as the 5000mAh battery and a 90Hz display. However, it will be powered by an octa-core Snapdragon 662 processor that also powers the Oppo F17. There will be 8GB of RAM and 128GB of onboard storage on the Realme 7i. On its battery, there will be 18W fast charging, unlike the 30W charging on the Realme 7. The Realme 7 Pro has the top-level 65W fast charging for under Rs 20,000 in India.

Photography on the Realme 7i is going to be handled by a 64-megapixel primary camera at the back. This sensor is accompanied by an 8-megapixel camera and two 2-megapixel auxiliary cameras. And for selfies, you have a 16-megapixel camera inside the punch-hole. This camera is identical to the one on the Realme 7. And finally, the smartphone will have Android 10-based Realme UI, which is given considering all the brand's smartphones have that software.

Pre-orders for Reale 7i have already started and will last until September 18. The booking amount is IDR 200,000 (roughly Rs 1,000) and paying that amount not only makes you eligible for a unit as and when the sale begins but it also gets free Realme Buds Classic wired earphones. In any case, Realme will announce the official price of the Realme 7i on September 17.