Realme 8 5G India launch is on April 22, here is what to expect

Realme has announced the launch date for its next 5G smartphone, the 8 5G. 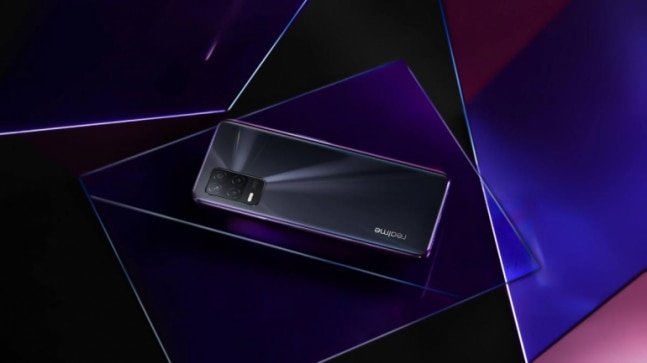 "2021 is going to be the year for 5G enabled smartphones," Realme said in the invite. This is going to be the crux for Realme's upcoming phones. This year, Oppo offshoot is likely planning a big push into the 5G market even though there is no provision to access that in India. Realme is hoping to launch 5G phones for as low as possible. Take the Realme Narzo 30 Pro, for example. It is the most affordable 5G phone in India, priced at Rs 16,999.

Rumours are rife that the Realme 8 5G will come to markets for around Rs 21,000. If this price turns out true, the phone is going to cost a bit higher than the Realme X7. But there will be discernible differences between the X7 and the 8 5G -- and the 8 4G and 8 5G, for that matter.

Realme 8 5G specifications have leaked abundantly. But ahead of the launch, Realme dropped a few key things about the phone to create the hype around the 8 5G. So, the Realme 8 5G is going to be the first smartphone with the MediaTek Dimensity 700 5G chipset. This chipset is fabbed on the 7nm architecture and is claimed to offer better performance.

Another thing that we know is that the Realme 8 5G will come with a 6.5-inch 90Hz display. But this display is going to be an LCD, not AMOLED. And that is where you will have to make the trade-off. The Realme X7 and Realme 8 have an AMOLED screen but without a high refresh rate. Keeping the lights on the Realme 8 5G will be a 5000mAh battery with 18W fast charging.

Some reports suggest the Realme 8 5G is a rebranded version of the Realme V13 5G, which the company announced in the Chinese market earlier this year. As such, the Realme 8 5G will have three cameras on the back, including a 48-megapixel main camera and two 2-megapixel auxiliary sensors. For selfies, there is going to be an 8-megapixel selfie camera inside the punch-hole setup on the display.

The Realme 8 5G launch is only a few days away, so let us see what the phone packs inside as and when it comes out originally in Thailand.