Realme 8 Pro is now on sale in India via Flipkart and Realme online store but this scheme is available only on Flipkart. 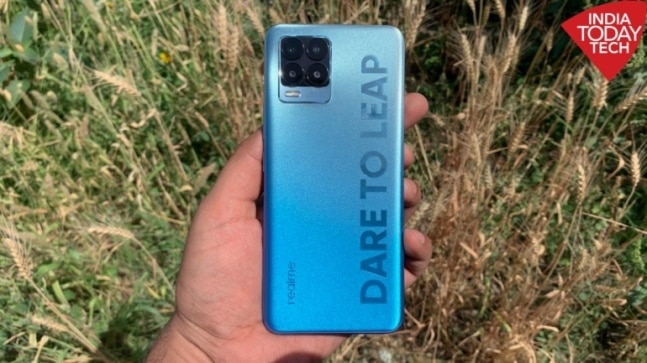 Realme 8 Pro went official just yesterday. It is Realme's first 108-megapixel camera phone that is making a noise, and rightly so. Realme 8 Pro is among the few affordable smartphones that bring the 108-megapixel camera -- which we have previously seen on flagship phones -- down to the under Rs 20,000 segment. The Realme 8 Pro costs Rs 17,999, which is Rs 1,000 less than what you would pay for the Redmi Note 10 Pro Max (Rs 18,999). But there is a programme run by Realme where you just need to pay only Rs 12,599 for the new 8 Pro.

This programme is called the Realme Upgrade and it is essentially a personalised version of Flipkart's Smart Upgrade and available only on Flipkart. What this programme does is it allows you to buy a new Realme smartphone by paying just 70 per cent of the total cost. The rest 30 per cent is discounted as a part of the scheme. But there is a catch here. You get to use this new phone for 12 months for 70 per cent of the price. After 12 months are over, you will have two choices

-- upgrade to the next phone and pay 70 per cent of its total price and return the existing phone, or
-- retain your current phone by paying the remaining 30 per cent.

It is a simple scheme and meant for people who change their phones a lot. I mean, a lot of people use their phone as long as one year and then they make a switch after that. Normally, they have to pay the full prices -- of course, there are discounts and offers -- for each new phone. Realme Upgrade prevents you from making those full spends. For 70 per cent of the amount, you get to use the device for one year and then you switch to a new one, return the old phone, and pay 70 per cent again.

And because of this scheme, the Realme 8 Pro can be bought for only Rs 12,599. You pay this amount, use the phone for one year, and then next year, if you feel like changing your phone, you get a new one according to programme policies. I feel it is a good scheme for people who cannot hold on to a single phone for a long time. And in case you want to retain, you pay the remaining amount of 30 per cent after one year. It is a win-win situation.

To be able to use the benefits of the Realme Upgrade programme, you need to enrol yourself. There is a nominal enrolment fee of Rs 11, which you will pay at the time of making the purchase. Remember, this scheme is valid only for Flipkart purchases. Moreover, any bank discounts, such as the 10 per cent one on ICICI Bank cards, will be applicable under this scheme. This means you get a discount of Rs 1,259 on your order. The effective price becomes Rs 11,340. And in case, you do not want to pay an upfront amount, there is the facility of no-cost EMI for 70 per cent of the total cost, which is Rs 12,599 originally and Rs 11,340 after the bank discount.

As long as the phone is concerned, you can go read our full in-depth review of Realme 8 Pro here.