Realme Band can now locate and ring paired phone, other features now rolling out too

The Realme Band was launched in India last month for a price of Rs 1,499. 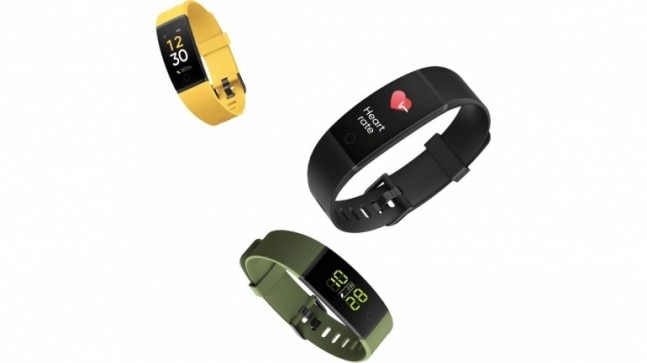 Realme Band is now receiving a major update since its launch, which brings a host of new features and improvements to the fitness band. Most of these features are the ones that were announced at the launch. After installing the update, the firmware version of the Realme Band will go up to V6.0, while new features such as Find My Phone will be added to the band to locate and ring the paired phone. The heart rate monitoring on the Realme Band has also been improved with the update.

At the launch, Realme Band was touted to have many features that were slated to launch a few weeks later. Realme is now pushing those features with the latest update. The highlighted features include the Find My Phone feature, weather screen, and the restart functionality. The Find My Phone tool will trigger an alarm on the paired phone, in case it is misplaced. The changelog of the V6.0 update also brings an optimised UI "for functional interface", optimised heart rate measurement accuracy, increase in the data synchronisation speed, and extended time for message display.

The arrival of the restart functionality will minimise the need to open the app to reboot the Realme Band. In fact, it was one of the most-demanded features by the Realme Band users. In the changelog, it is mentioned that a long touch on the soft button for over 5 seconds will restart the band. However, the band needs to be put on charge for the functionality to be enabled. Otherwise, the band will open whatever app is being displayed on the screen on a long press.

The Realme Band was launched in March as the company's first fitness-related product. It was launched for Rs 1,499 -- an affordable price tag to take on the likes of Mi Band and Honor Band in India. The Realme Band is one of the many smart products Realme has planned to launch in India.