Realme Buds Air vs Buds Air Neo: Which one should you go for?

Realme Buds Air and Buds Air Neo come with a price difference of Rs 1,000. If you are confused between the two models, here's how to figure out. 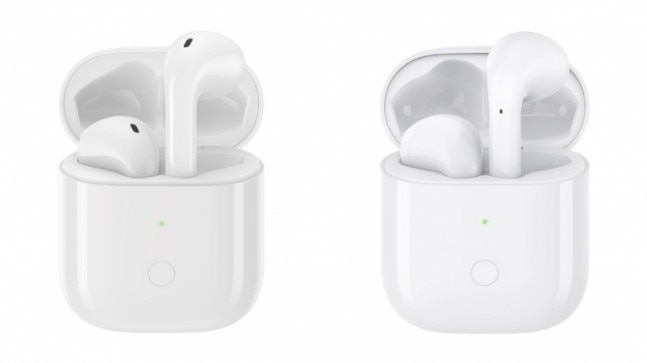 India's audio market is catching up rapidly as several Chinese brands look to move beyond smartphones to create their own tech ecosystem, much like Apple. The latest products to have entered the audio wearables market are the Realme Buds Air Neo and the Redmi Earbuds S, coming from two prominent Chinese brands. While the Redmi Earbuds S are the brand's first truly wireless earbuds in India, the Realme Buds Air Neo earbuds take over from the Buds Air that were launched last year by Realme.

Realme's growing product portfolio encompasses several non-smartphone products now. The Buds Air Neo are one of them and are testimony to Realme's domination in the audio wearable market. The company says it has sold over 1 million Realme Buds Air, capturing the second position after Apple in India. As demand for truly wireless earbuds grows among consumers, Realme has come up with Buds Air Neo, which essentially are a toned-down version of the Buds Air but pack in a lot of bells and whistles in the entry-level segment.

Please note that we have not reviewed the Realme Buds Air Neo yet and this comparison is based on the specifications of both earbud models.

Realme Buds Air versus Buds Air Neo: Which one to buy?

The answer to this question is a little more complex than it looks like. The major difference between the Realme Buds Air Neo and Buds Air would be the lack of wireless charging in the former earbuds. Although both of them supports wired charging via a USB-C port on Buds Air and a Micro-USB port on the Buds Air Neo.

The Buds Air Neo earbuds also lack an optical sensor that the Buds Air have. For people who do not know what an optical sensor in earbuds does, it essentially detects if the earbuds have been inserted into the ears and are in use. Depending on the signal these sensors send to the main chipset of earbuds, the music playback is controlled automatically. The music resumes when earbuds are in use but otherwise remains paused as long as there is enough battery. It is an important feature to have in truly wireless earbuds since people remove them quite often.

The third difference would be the presence of secondary microphone on the Realme Buds and its lack in the Buds Air Neo. While the main microphone is used for capturing the user's voice during calls and to command voice assistants, the secondary microphone is designated with the job of cancelling the surrounding noise. Realme Buds Air earbuds come with ENC, or Environment Noise Cancellation, which is an underpowered version of ANC, or Active Noise Cancellation. It is similar to the Adaptive Noise Cancellation, which uses computer algorithms to suppress any noise coming into the earbuds.

Rest of the specifications are more or less the same between Realme Buds Air Neo and Buds Air. They both are powered by the R1 chipset and offer up to 17 hours of music playback theoretically and have a sleek footprint. Both are able to invoke Google Assistant on the paired Android phone and support Bluetooth 5.0 for Google Fast Pair. The Realme Buds Air and Buds Air Neo support gesture control as well for handling calls, music playback, and other functionalities.

If you want a good pair of truly wireless earbuds that look trendy and remind of you Apple AirPods, Realme Buds Air Neo are the ones for you. They have a decent specifications list that should suffice your needs, besides giving you something to flaunt. If you are concerned about noise cancellation, wireless charging, and some advanced TWS functionalities, you should rather go for the Buds Air that is only Rs 1,000 costlier than the Realme Buds Air Neo.

Is this the Xiaomi Mi Band 5? Leak shows similar design with new charger and watchface