The Realme C11 was launched in Malaysia earlier this week and its India arrival is expected soon. Redmi 9A could also make its India debut to offer competition. 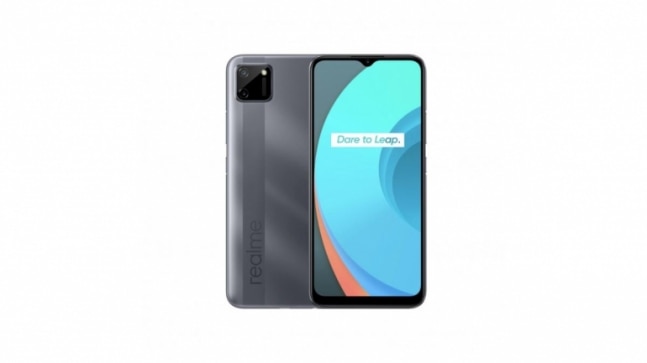 Realme C11 was launched in Malaysia on Tuesday as a new entrant to the brand's C-series. The company has not said anything on whether the smartphone will make it to the Indian shores but in case it does, it will refresh the entry-level smartphone market in India. The Realme C11 comes with a MediaTek Helio G35 processor, which is an entry-level processor and is expected to bring a reasonable performance while keeping the price low.

The benchmark comparison between the chipsets in Realme C3 and Realme C11 is not too high. The former has scored 900 and the latter has managed to get 1812 in single-core tests on Geekbench 4.4. The multi-core results are slightly better, with Realme C3's Helio G35 got 4153 while the Helio G70 on Realme C3 scored 5707.

For the graphics performance, the Realme C11 has IMG PowerVR GE8320 GPU, which is the same as the one on the Helio P35, another entry-level processor that was popularly used last year and before that. The Realme C3, on the other hand, has Arm Mali-G52 MC2 GPU with a maximum frequency of 820MHz. So, technically, the Realme C3 is better in terms of rendering good animations and graphics.

Other specifications such as the display, cameras, and battery are also nearly identical in some aspects, which should reflect on the price of the Realme C11, if it launches in India. Since Realme C11 will not be the most powerful smartphone in the entry-level segment, Realme will have to work the price to keep it less than what the Realme C3 costs.

The Realme C11 was launched for MYR 429, which translates to roughly Rs 7,600. The price conversion is not always the same because there are levies such as GST in India that bring the cost up. Realme C11 should end up being priced at more than Rs 7,600 -- say, Rs 7,999. The Realme C3 was launched for Rs 6,999 but its costs have since spiked, owing to the changes in the tax regime and dollar-rupee rate fluctuations. It now costs Rs 8,999 for the base variant. The translated price of the Realme C11, therefore, is in line with its specifications and its position in the hierarchy of the specifications ladder.

The entry-level market would get a smartphone that serves as an even cheaper model than the Realme C3 and would be more affordable. Since HMD Global has not hinted at bringing the Nokia 1.3 to India as of yet, Realme C11 would sit in the price segment alone. Unless, Xiaomi's Redmi brings the latest Redmi 9A and Redmi 9C in India. The former is priced at MYR 359, which translates to Rs 6,500, and could come as an even affordable model. It will be interesting to see what price tag Realme and Redmi put on their entry-level smartphones to attract low-tier customers.

OnePlus Nord: Five things we know about the affordable phone so far