The Realme C11 was launched last month in Malaysia as an entry-level phone that packs a MediaTek Helio G35 SoC. 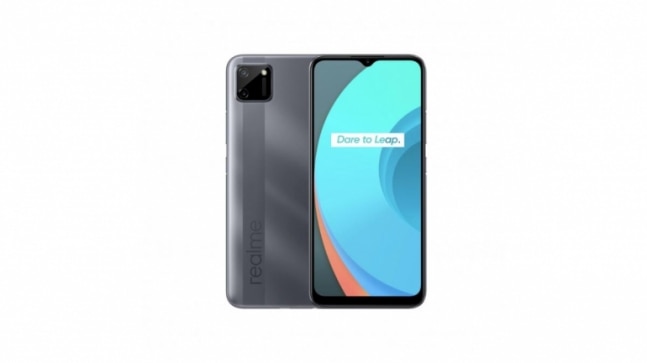 Realme C11 is set to launch in India on July 14. The company has finally announced the launch date for its next C-series smartphone in India. The Realme C11 was introduced in Malaysia last month as the entry-level smartphone that packs MediaTek Helio G35 processor under the hood. The processor particularly is a new entrant and is suited for low-end phones and sits below the Helio G70, which the Realme C3 comes with. This means the Realme C11 could be launched in India for cheaper prices than those of Realme C3.

The Realme C11 has been confirmed to launch in India on Tuesday, July 14. It will be a digital-only event that will begin at 1 pm and will be live-streamed on YouTube, Facebook, and Twitter.

The Realme C11 will be priced under Rs 10,000 in India, considering it is a low-end phone. Its Malaysian price is MYR 429, which translates to Rs 7,600. The Realme C11 should cost between Rs 7,000 and Rs 8,000 in India. Anyway, the official price and availability of the smartphone will be announced at the event next week.

The Realme C11 is an entry-level smartphone with a MediaTek Helio G35 processor under the hood. It has a 6.5-inch HD+ (720x1600 pixels) display with a notch at the top. It has an aspect ratio of 20:9 and a screen-to-body ratio of 88.7 per cent. The smartphone does not have a fingerprint sensor on it. The smartphone runs Android 10-based Realme UI, but there is no information on whether it will be eligible to receive Android 11.

In the optics department, the Realme C11 has two rear cameras, including a 13-megapixel main sensor and a 2-megapixel depth sensor. For selfies, there is a 5-megapixel camera on the front. The Realme C11 has Bluetooth, Wi-Fi, GPS, 4G VoLTE, and Micro-USB as some of the connectivity options. There is also a 3.5mm audio jack on the smartphone's bottom. The Realme C11 is backed by a 5000mAh battery that is rated to offer a standby time of about 40 days on a single charge, while the talk-time on it is 31.9 hours. The latest C-series smartphone measures 164.4x75.9x9.1mm and weighs 196 grams.