Realme C12, C15 India launch tomorrow: How much will they cost?

Realme is set to launch two new C-series smartphones in India after the C11 to refresh the series completely. 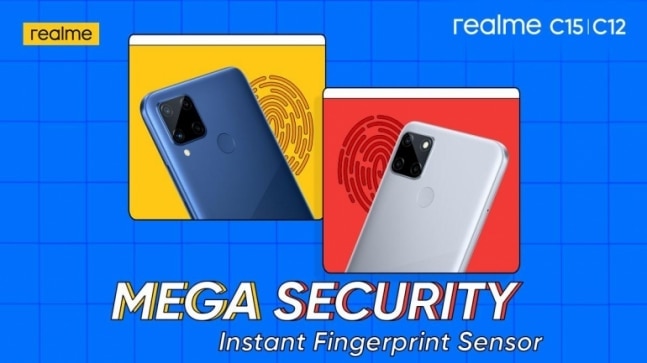 Realme C12 and C15 will join their junior sibling C11 to form the refreshed C-series in India tomorrow, August 18. The common factor among the three new C-series smartphones is the MediaTek Helio G35 processor that powers them. We had already tested how well the processor performed on the Realme C11, which means the performance on the C12 and C15 is going to be similar. But there are upgrades over the Realme C11 in other hardware departments. For example, the two smartphones will introduce the 6000mAh battery to the company's India portfolio.

Realme C11 currently sits at the lowest price rung, which means the C12 and C15 will be a little pricier, owing to various specifications bumps in them. Before we discuss what price tag the Realme C12 and C15 are going to come with, let us talk about their specifications first. We know these specifications ahead of the India launch because the two smartphones have already been launched in Indonesia and there will barely be any difference in their Indian versions.

The Realme C15 will be the most advanced smartphone among the three. It will have a 6000mAh battery, the biggest by far in a Realme smartphone, along with the 18W fast charging. Realme is touting the C15 battery as the USP of the smartphone and also something that sets it apart from other C-series phones. You also get a 6.5-inch HD+ display, the MediaTek Helio G35 processor, 4GB of RAM, 128GB of internal storage, and Android 10-based Realme UI. For cameras, you get a 13-megapixel camera with an f/2.2 lens, an 8-megapixel secondary camera with an ultrawide-angle f/2.25 lens, a 2-megapixel monochrome camera, and a 2-megapixel black-and-white camera at the back and an 8-megapixel camera on the front for selfies.

On the other hand, the Realme C12 is a mix of both Realme C15 and Realme C11. It borrows the huge 6000mAh battery from the C15 but forgoes the 18W fast charging for the standard 10W charging that C11 comes with. It has a 6.5-inch HD+ display, the same Helio G35 processor, 3GB of RAM, 32GB of storage, Realme UI based on Android 10, and three rear cameras - a 13-megapixel main camera and two 2-megapixel cameras, and a 5-megapixel front-facing camera. Both Realme C15 and C12 will come with a fingerprint sensor that is lacking on the C11.

Now that the specifications are out of our way, let us talk the price. We already have the Indonesian prices of both smartphones. The Realme C15 starts at IDR 1,999,000 while the C12 is priced at IDR 1,899,000 in Indonesia. Translating these prices get us nearly Rs 10,100 and Rs 9,600 in India but the price category belongs to the Realme Narzo 10A. Moreover, the Realme C11 is priced at Rs 7,499 while the Realme C3 costs Rs 8,499 presently. So, the Realme C12 and C15 are going to cost less than Rs 10,000 but the company could charge you for the 6000mAh battery the smartphones have to offer, only to match their price with that of Realme C3 and Realme Narzo 10A.

In any case, we will know the official prices of the Realme C12 and Realme C15 at the online event tomorrow at 12.30 pm.