Realme is taking a leap again with not one but two smartphones and C12 is one of them. The Realme C12 has the brawns of the Realme C15, including the 6000mAh battery that you get for much less. 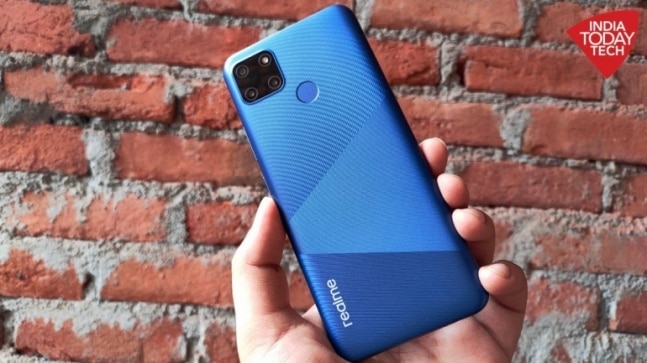 Realme has grown to become a well-known smartphone brand over a short span of time. Over the years, it has launched smartphones, audio products, and other items across various categories, but it is the budget price category that it began its journey with. With the C12, Realme is going back to that price segment but with a different approach. It is prioritising certain specifications that it thinks are very much in demand on a smartphone in a certain price category. And for Realme C12, those things are the display and the battery.

For Rs 8,999, the Realme C12 brings the huge 6000mAh battery and a 6.5-inch display, which are two of the major selling points of the smartphone. Of course, I will talk about these two things more than anything else because the company believes you will come for them comparatively more. But a couple of things that you should know about the Realme C12 that will help you understand its position. Realme C12 costs Rs 500 more than the Realme C3, which might make you think the C12 has better specifications than those of C3 but it is not the case. The major downgrade is the processor on the C12, which is the MediaTek Helio G35 while the C3 has the more capable Helio G70.

What if I tell you that that downgrade does not make sense?

Realme says the C12 is not a successor to any smartphone available in the C-series. So, technically, the C12 does not take over from where the C3 left. Both C12 and C3 are being sold in parallel. And while you might think the processor is a downgrade anyway, the C12 brings you three cameras and a powerful 6000mAh battery to justify its additional worth of Rs 500.

But before that I will tell you what you get in the package for the money you are paying, here are the specifications of the Realme C12 in a nutshell.

Storage: Realme C15 has 32GB internal space, along with support for microSD card.

Front Camera: For selfies, there is a 5-megapixel camera on the Realme C12 housed inside the waterdrop-style notch.

Battery: The major selling point of the Realme C12 is its 6000mAh battery.

Realme C12 is a well-built smartphone but it is bulky at 204 grams, thanks to the huge battery inside. It is a polycarbonate back that keeps the price low but, by no means, feels cheap. Realme has the knack for giving good designs to its smartphones and this time it has tried to go for other geometric shapes, such as the trapezium. I really loved how the back of the smartphone looks and its textured finish that wards off fingerprints is a plus. Unlike the C11, the C12 has a fingerprint sensor at the back that is well-placed at the back. I did not initially have issues reaching out for the sensor to unlock the phone. Moving on, I spent some time with the display, which is 6.5-inch in size and has an HD+ resolution. It is tall and produces nice and vibrant colours. I am sure I will like watching shows on the display. While I was watching some videos and I also noticed the speakers on the C12 are quite loud.

I am still to put the C12 under the rigorous tests to see what the Helio G35 on this one holds but my initial interaction with it was snappy. I was not quite impressed by the Helio G35 on the C11, which is something I am a little concerned about as far as the performance on the C12 goes. I hope Realme has done some improvements on the C12. I could not get time to test the cameras yet but I am sure it will be on par with the photography Realme Narzo 10A and Realme C3 have to offer.

Finally coming to the major selling point, the 6000mAh battery on the Realme C12 is the one to impress. Realme told me the 6000mAh battery will last for more than a day but I am yet to verify that claim. The battery does not support fast charging, which is something that you will get with the Rs 1,000 pricier Realme C15.

Realme C12 could prove to be a solid smartphone for two things, the display and the battery. I will reserve my opinion until I am done reviewing it, so stay tuned.

Redmi 9 Pro Max India sale today: From price to features, everything you need to know