Realme C12 vs Redmi 9: How these two budget smartphones compare

Realme C12 was launched recently as an entry-level smartphone that runs MediaTek Helio G35 processor but Redmi 9 is Xiaomi's answer to that smartphone. 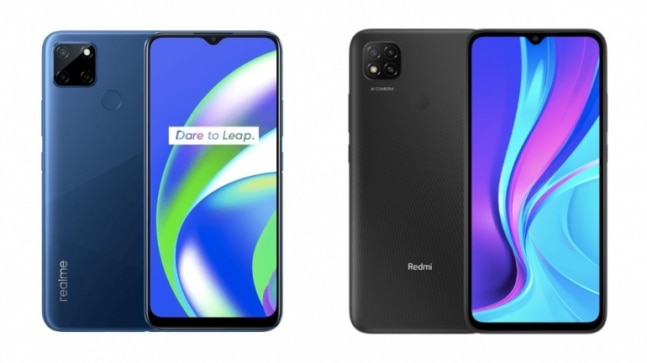 Redmi 9 came out earlier this week as Xiaomi is looking to wrest its customers who would go for the rival's smartphones that have recently emerged as well. I am talking about Realme's three smartphones under the C-series that are a competition to the Redmi 9, basis they all use the same MediaTek Helio G35 processor. But the direct competition to the Redmi 9 from the refreshed Realme C portfolio is the Realme C12.

Realme C12 and Redmi 9 both have certain things in common, but the biggest similarity would be the Helio G35 processor that debuted with the C11. The processor is an entry-level one that may not be related to the P35 processor launched some years back but its performance is more or less the same. I tested the Realme C12 and found its processor capable enough for everyday tasks and some light gaming. Similarities apart, let us take a look at how the Redmi 9 compares with the Realme C12.

Battery wise, Realme C12 is a better deal than Redmi 9. The Realme C12 has a 6000mAh battery while the Redmi 9 only has a 5000mAh battery under the hood. Both support 10W charging only and are not compatible with fast chargers.

Both Realme C12 and Redmi 9 run Android 10, however, there is a difference between their interfaces. The Realme C12 runs Realme UI while the Redmi 9 is based on MIUI 12.