Realme has put the Realme C12 up for certification on the BIS website. The smartphone has also been spotted on the Geekbench website. 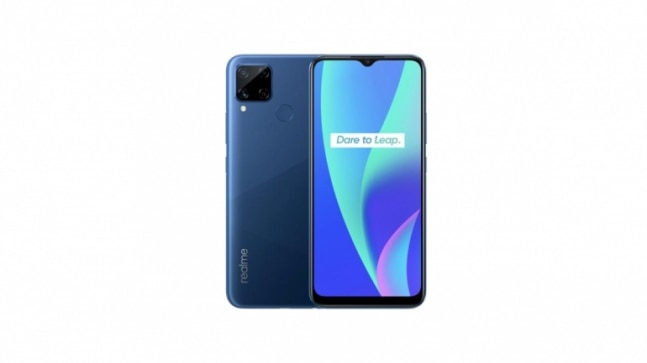 Realme C12 will likely be the next C-series smartphone from the company that it will launch soon in various markets. The smartphone has been spotted on multiple certification websites in Asia, alluding that it is imminent. After the Realme C15, the Realme C12 could be the second device to pack the 6000mAh battery in Realme's entire smartphone family. While the information on specifications was limited to just the battery capacity previously, more details have now cropped up, thanks to the Geekbench listing of Realme C12. Moreover, the Realme C12 model has appeared on India's BIS website, which means it will launch in India soon.

According to the listing on the Geekbench 5 benchmarking website, the Realme C12 will be powered by the same entry-level MediaTek Helio G35 processor that also runs on C11 and C15. This will mean the refreshed C-series will entirely rock the Helio G35 processor, which we found was only so much powerful and on par with the Helio P35. The Geekbench scores are 165 for single-core and 972 for multi-core. The listing has also revealed the Realme C12 will pack 3GB of RAM and run Android 10. There will, of course, be the Realme UI skin on top of the Android 10 OS. We can also expect there will be at least one more RAM model since the Realme C15 and C11 both had two variants in the Indonesian market.

While the Realme C12 was only spotted on certification websites of Thailand, Malaysia, Indonesia, and China previously, it has now been listed for certification on India's Bureau of Indian Standards (BIS) website. The model number RMX2189, which belongs to Realme C12, can now be spotted on the BIS website, meaning it is coming to the Indian market soon. Separately, Realme C15 is also said to launch in India soon (it was launched initially in Indonesia last month). Maybe Realme will club the launches of both smartphones into one and schedule it for a forthcoming event.

Realme C12 is speculated to sit between the Realme C11 and Realme C15, which means there is going to be a slew of features on it that are borrowed from the other two smartphones. We already know there will be a 6000mAh battery with 10W charging, instead of 18W that the Realme C15 features. But we can expect there will also be an HD+ display, at least two cameras on the back, and a 3.5mm headphone jack on the smartphone.

For now, we are not sure about the launch date of Realme C12 in any of the markets but it is bound to happen sooner than later, given the certifications are in place and benchmark tests are also out.