The Realme C17 is the latest addition to the C-series under which we have already seen three devices. 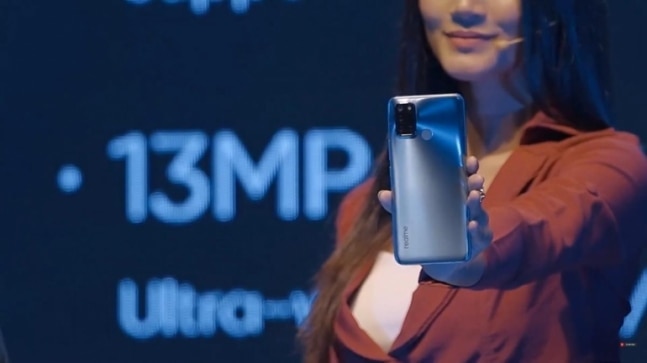 Realme C17 has gone official. The latest one in the C-series arrives in Bangladesh while the rest of the devices in the series are available in India and some other markets. For now, it seems the Realme C17 will be exclusive to the Bangladeshi market. There are several upgrades on the Realme C17 over the C15 and C12, such as the 90Hz display. The smartphone is also loaded with several cameras and a huge 5000mAh battery that we saw on the C11.

The Realme C17 comes in a single variant that is priced at BDT 15,990, which translates to roughly Rs 13,900. It comes in Navy Blue and Lake Green colours.

The Realme C17 has a 6.5-inch 720p display that also has the 90Hz refresh rate. The high refresh rate is becoming more and more important on smartphones and Realme is ensuring it reaches the mass with its affordable phones. The smartphone is powered by an octa-core Qualcomm Snapdragon 460 processor paired with 6GB of RAM and 128GB of internal storage, which can be further expanded via a microSD card of up to 256GB. The smartphone runs Android 10-based Realme UI.

The company recently launched the C11, C12, and C15 in India, all of them heavily focused on big batteries. But while there were different specifications on these three smartphones, they all have one thing in common, the processor. All three smartphones rock MediaTek Helio G35 processor but the C17 has a new processor. So, it remains to be seen if the C17 can offer better performance over its junior siblings or not. Realme has not said anything about the India launch of the C17.

Mukesh Ambani's Reliance to buy PUBG? Here's what we know so far