Realme C17 with 90Hz screen will launch on September 21

Realme is going to launch another C-series phone but is it also going to be rebranded to one of the Narzo 20 series phones? 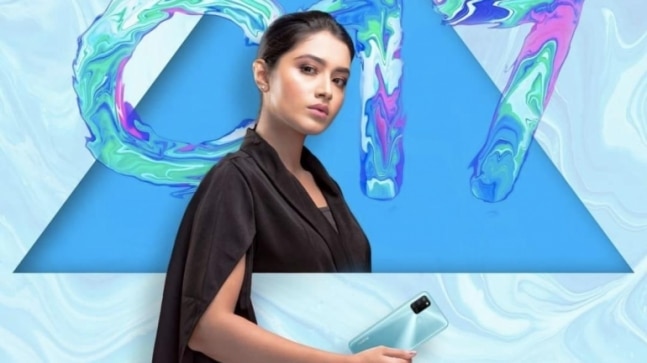 Realme C17 is going official on September 21. The smartphone has been in the rumour mill for a short while but it seemed like its launch will not happen this early. But here we are. Realme will launch the C17 in Bangladesh next week, which means other markets, including India, might not get it at the same time. Another possibility could be Realme rebranding the C17 as one of the Narzo 20 series smartphones. Whatever the case might be, C17 is real.

On its Facebook page, Realme Bangladesh has announced that the C17 will launch on September 21 in the country. It has also shared what the device would look like. It looks similar to the Realme V5 that launched in China a few weeks back but surely these two devices are not the same. The Realme V5 is a 5G device but I doubt C17 will have 5G support. Moreover, Bangladesh does not have 5G network infrastructure, much like India, so I am not really counting on 5G support on Realme C17.

Realme C17 is also going to have a 90Hz LCD onboard -- a first in the C-series. None of the C-series smartphones has displays with high refresh rates. This also means the C17 is going to lie somewhere near the Realme 6 series in Bangladesh.

Another poster for Realme C17 also reveals there is going to be a 5000mAh battery inside of it, along with four cameras at the back. Rumours suggest there will be a 13-megapixel primary camera, a 119-degree 8-megapixel super-wide camera, a 2-megapixel macro camera with 4cm focal length, and a 2-megapixel B&W portrait camera. On the front, there might be an 8-megapixel sensor inside a punch-hole.

We have an additional set of specifications for the Realme C17, thanks to the Geekbench listing. The smartphone might have a Qualcomm Snapdragon 460 processor paired with 6GB of RAM and 128GB of storage. There will also be microSD card support. And the battery will support 18W fast charging.

For India, the C17 could be one of the Narzo 20 series smartphones. Realme has a history to rebranding phones market-wise. In fact, the Narzo 10 series consisted of renamed phones. But this is speculation and should be taken with a grain of salt. Realme says this is going to be a mid-level premium device, meaning it could cost around Rs 20,000, which is around 24,000 Bangladeshi taka. It could also be priced lower than my expectation.

Paytm user? Beware of this scam