Realme's new C-series smartphones, C25, C21, and C20, are big on battery and that is a good thing for customers. 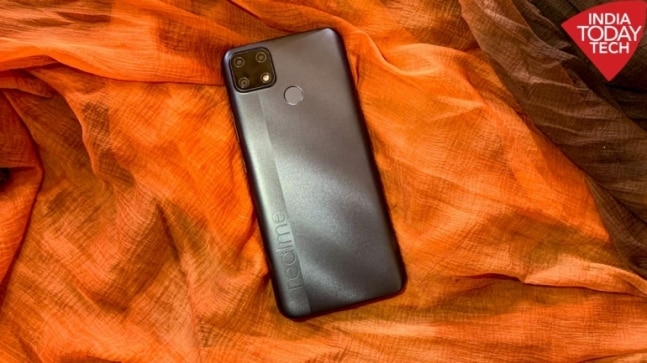 Realme now has three new affordable smartphones in India. The new C25, C21, and C20 are best-suited for entry-level customers that need a long-standing phone. And because of that, the three phones have powerful batteries. The Realme C25 comes with a fast-charging 6000mAh battery that many customers will like. And that is not all. This is the first C-series to come with Android 11 software out of the box. And that is a big deal. The other two C-series phones are also good enough for entry-level customers.

The three smartphones are, however, not new. Realme launched the C25, C21, and C20 smartphones recently in select Asian markets. While the C25 was originally launched in Indonesia, the C20 arrived in Vietnam. The Realme C21, on the other hand, arrived in Malaysia and Indonesia. Moreover, the Realme C25 and C21 are the first smartphones to come with the TUV Rheinland smartphone reliability certification, which essentially means the display is strong enough for different climatic conditions and that it will not harm your eyes over extended use.

The Realme C25 comes in two memory variants. The 64GB model costs Rs 9,999 while the one with 128GB memory will be available for Rs 10,999. It comes in Watery Grey and Watery Blue colours. The first sale is on April 16 on Flipkart, Realme online store and soon in local sores

If you go for the C21, it will cost you Rs 7,999 for the 3GB RAM and 32GB storage while the 4GB RAM and 64GB will cost Rs 8,999. The colour variants are Cross Black and Cross Blue. The sale starts on April 14 via Flipkart, Realme online store, and soon in local stores.

The Realme C20 costs Rs 6,999 for the 2GB RAM and 32GB storage variant. The sale begins on April 13 on Flipkart and Realme online store. You can get the phone in Cool Grey and Cool Blue colours. And if you hurry up, you can grab the phone for Rs 6,799 -- that is valid until a 1 million customer base is reached.

Realme C25 is the highest-end phone in the new C-series. It is powered by a MediaTek Helio G70 processor paired with 4GB of RAM. You have 64GB and 128GB storage options with support for a microSD card. The Realme C25 features a 6.5-inch HD+ IPS LCD with a teardrop notch on the top and a screen-to-body ratio of 88.7 per cent. And that is why there are thick bezels. It runs Android 11-based Realme UI 2.0 out of the box.

The biggest selling point of the Realme C25 is the 6000mAh battery with 18W fast charging. Realme claims the battery can last for a whopping 47 days on standby mode. Although that is great for customers, it is also the reason why the C25 is so hefty. The smartphone weighs 209 grams and is 9.6mm thick. In terms of photography, you have a 13-megapixel main camera on the back, and it is accompanied by a 2-megapixel macro camera and a black-and-white sensor.

Realme C21 also has a 6.5-inch 720p LCD but with a screen-to-body ratio of 89 per cent. The new C21 uses a MediaTek Helio G35 processor paired with up to 4GB of RAM and 64GB internal storage. The phone runs Android 10-based Realme UI. It also has a fingerprint sensor and a speaker at the back. For cameras, the Realme C21 comes with three cameras comprising a 13-megapixel main sensor, a 2-megapixel macro sensor, and a 2-megapixel Black-and-white sensor. The camera app supports night mode, HDR, portrait, ultra macro, and AI Beauty. For selfies, there is a 5-megapixel camera inside the notch on the display. The phone has a 5000mAh battery without fast charging using the Micro-USB port. The phone measures 76.4x165.2x8.9mm.

The Realme C20, too, has a 6.5-inch 720p LCD with Corning Gorilla Glass 3 protection on top. There is an 89 per cent screen-to-body ratio, meaning the bezels are reasonably thick all around. Powering the Realme C20 is an octa-core MediaTek Helio G35 processor coupled with an IMG PowerVR GE83220 GPU inside. There is 2GB of RAM and 32GB of internal storage on the inside, as well. You can add a microSD card of up to 256GB through a dedicated slot. Realme C20 does not have a fingerprint sensor, you will have to make do with the traditional password and PIN methods, as well as face unlock for authentication. The Realme C20 runs Android 10-based Realme UI.

Realme C20 has an 8-megapixel camera on the back while for selfies, you have a 5-megapixel camera inside the waterdrop-style notch on the top. The smartphone is backed by a 5000mAh battery that does not support any fast charging technologies. For connectivity, there is Bluetooth, Wi-Fi, GPS, 4G LTE, and Micro-USB port. The Realme C20 measures 165.2x76.4x8.9mm and weighs 190 grams.

French army tests robot dog Spot for battlefield, tries to see if it will work with humans