Realme C25 is the latest smartphone from the company with 48MP triple cameras and a 6000mAh battery. 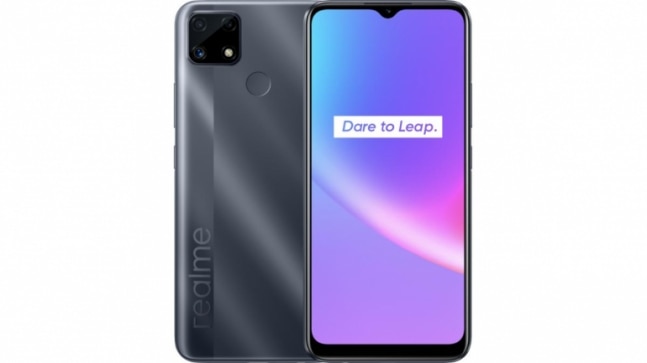 Realme C25 is the latest affordable smartphone from the company. The brand new phone brings certain features as the highlights, including a quick chargeable 6000mAh battery, a 48MP triple camera system, and a big notched display. The Realme C25 is essentially a successor to the C21 that was launched recently. But since these C-series smartphones are meant for isolated markets usually, the hierarchy of the phones gets a little confusing. For the Indonesian market, there could be some relief because Realme launched both C25 and C21 at today's event.

The Realme C-series in India is a little different. Realme launched the C11, C12, and C15 last year. All three phones use the MediaTek Helio G35 processor inside. They all have huge batteries, the C12 and C15 having as high as a 6000mAh battery. Later, Realme launched a slightly tweaked version of C15 called the C15 Qualcomm Edition. This phone uses a Qualcomm Snapdragon 460 processor instead of the one from MediaTek. But after this, Realme did not launch any C-series phones in India. Instead, we saw other markets getting phones such as C17 and C20.

Realme C25 prices start from IDR 2,300,000, which translates to roughly Rs 11,500. It comes in Water Blue and Water Grey colours. This is the price of the base model but there is a discount of 10 per cent across all if a customer grabs the phone at the beginning of the sale. The first sale is scheduled for March 27.

The Realme C25 is a low-end phone and its specifications tell you that. The phone uses a 6.5-inch LCD with a 720p resolution. This display has a waterdrop style notch at the top inside which you have the front camera. Realme is also claiming the display is protected by TUV Rheinland. The selfies on this phone are handled by an 8MP camera. Powering the Realme C25 is an octa-core MediaTek Helio G70 processor paired with 4GB of RAM. And while the RAM option is single, you can go for either 64GB or 128GB model as storage. There is support for a microSD card, as well.

For optics, the Realme C25 has four cameras on the back. Among these cameras are a 48MP F1.8 shooter, a 2MP F2.4 snapper, and a 2MP F2.4 black-and-white shooter. You get all the standard camera options on the Realme C25. The phone has a fingerprint sensor on the side of the phone. Keeping the lights on is a 6000mAh battery with 18W fast charging support. And the Realme C25 comes running Android 11-based Realme UI 2.0 software out of the box.