Realme has been working on the 100W+ fast charging method that it could launch in July, much ahead of Xiaomi's announcement on its own 100W charging technology. 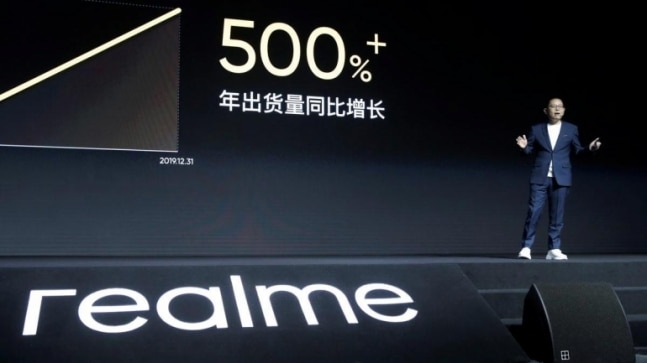 Realme is working on a fast charging technology that will give an output of over 100W and charge one-third of a 4000mAh battery in within three minutes. The 100W+ fast charging solution will likely be called Ultra Dart and supplant the existing 65W Super Dart charging tech on Realme's flagship smartphones, such as the successor of the X50 Pro 5G. The charging solution could break past the 100W mark to offer an output of as high as 120W and could be launched later this month. Realme is yet to make an official announcement.

According to Ishan Agarwal, who managed to obtain a screenshot of the datasheet on Realme's upcoming technology, Ultra Dart will manage to top about one-third of a 4000mAh battery in three minutes, which means the total time to fill the battery should be less than 10 minutes. The existing 65W Super Dart fast charging technology on the Realme X50 Pro is rated to top the 4200mAh battery in 35 minutes. Considering the maximum output of the Ultra Dart technology will be somewhere between 100W and 120W, the 4200mAh battery could take less than 20 minutes to fully charge.

Realme's solution to enhance battery charging on smartphones will come sometime around when Xiaomi will also announce its 100W fast charging method. In March last year, Xiaomi demonstrated the 100W charging solution on its smartphone, saying that it can top a 4000mAh battery in just 17 minutes. The commercial rollout of the technology on a Xiaomi smartphone is expected this year. Which also means Realme could get ready with its own version of 100W+ fast charging solution by the year-end to counter Xiaomi.

Paytm users can now get their KYC done over video chat: Here is how