Realme's X50 Pro 5G, which is its most premium smartphone, comes with a 90Hz display. 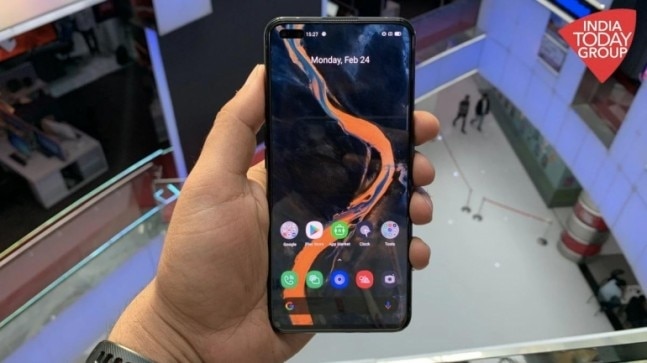 Realme flagship phones this year will have higher display refresh rates, a company executive has announced. All the premium models from the Chinese brand will sport displays with 90Hz or higher refresh rates. Realme is the second brand that is upgrading the displays on its high-end phones to increase the competition with bigwigs. OnePlus was the first brand that announced higher display refresh rates for all its phones - OnePlus 8 is tipped to come with a 120Hz display. Similarly, Oppo's flagship Find X2 series phones have a 3K display with 120Hz refresh rate.

In a post on Weibo, Realme's chief marketing officer Xu Qi Chase said that every flagship phone from the brand in 2020 should come with higher refresh rates on the display. While he did not mention how higher the talked refresh rates should be, we can expect at least 90Hz on a range of phones that will be top-notch as per the brand. That being said, Realme recently introduced the 90Hz display on the Realme 6 and Realme 6 Pro, which are budget and mid-range phones in India. But these are not the first phones to pack higher refresh rate displays. Poco launched the X2 in India recently with a massive 120Hz refresh rate - something only premium phones are offering.

It's easier said than done. Chase's words on higher refresh rates do confirm that Realme phones can use the display as a USP, if nothing else is extraordinary on the phone. But the displays with higher refresh rates consume battery higher than the normal. Realme may need to work around the issue where either its phones will get bulkier due to heavy batteries or higher battery consumption will impact the phone and user experience in the long run. The company already uses 65W SuperDart Charge technology on its 5G phone, X50 Pro 5G, to top the battery up within 30 minutes. The Realme X50 Pro 5G also has a 90Hz refresh rate on the display, which means faster battery depletion.

For now, Realme has not divulged what all these flagship phones will be. The premium phones from the brand have so far been the Realme X2 Pro, Realme X50 Pro 5G, and, even, the Realme XT if we talk about specifications. Pricing wise, these phones are way cheaper than their counterparts from other big brands, such as Samsung. Samsung's Galaxy S20 phones have refresh rates up to 120Hz but the company has advised the setting be left at automatic. Samsung Galaxy S20 phones use a feature called Dynamic mode that keeps switching between refresh rates depending on the usage by apps and software. Other OEMs are also working on similar technologies to keep the balance between the features and internals.

Qualcomm's Snapdragon 865 SoC is not the top choice for Google, LG phones: Here's why

Apple is looking to open its retail stores in the first half of April, says report