Realme GT 5G is going to be a true flagship that can go against the likes of Xiaomi Mi 11. 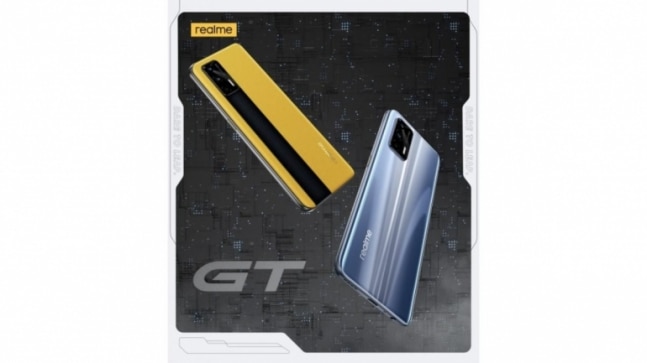 Realme GT 5G is the next big thing from the company. The flagship phone was recently confirmed to be launched on March 4. Since there are still a few days left before the launch, Realme is creating the hype around the GT 5G. In the latest move, Realme's Xu Qi Chase has shared some extra information about the GT 5G, including a hint about what this flagship is going to cost. He showed off the Racing Yellow colour variant that will be the vegan leather edition of the GT 5G, saying that there will be a Snapdragon 870 processor on any version. The Realme GT 5G will only use a Qualcomm Snapdragon 888 chipset inside.

A new teaser video has also been posted on Weibo, showing the Racing Yellow variant properly. The back of the phone has textured material, which is, of course, vegan leather, covered in yellow colour. The black-coloured portion that runs along the camera module seems to be made of plastic. Realme's VP Xu Qi Chase confirmed in his post that Realme GT 5G is going to "create the ultimate performance at any cost." He even confirmed the smartphone will use LPDDR5 and UFS 3.1 standards, which are among the highest right now, in RAM and storage specifications on the Realme GT 5G. The Realme GT 5G is going to be 8.6mm thick and weigh 186 grams.

Finally, Chase dropped a big hint about the price of the Realme GT 5G towards the end of his Weibo post. He said that the GT 5G price will be identical to that of last year's Realme X50 Pro. This means the GT 5G could be launched for CNY 3,599 (roughly Rs 40,000) for the base variant with 8GB of RAM and 128GB of memory inside. And much like the China pricing, the Realme X50 Pro was launched for Rs 39,999 for this variant in India, meaning the GT 5G is going to cost the same amount that it would in the Chinese market. Also, this price, if true, would make the Realme GT 5G cheaper than the Xiaomi Mi 11, which sells for CNY 3,999 (roughly Rs 44,800) for the base variant.

Realme has confirmed there will be a Snapdragon 888 processor powering the GT 5G, and will have 64MP cameras at the back. The rest of the specifications come from the rumour mill. Realme GT 5G was spotted with the model number RMX2022 on various certification websites, where these specifications were tipped. The Realme GT 5G is expected to feature 125W fast charging on a 5000mAh battery, support for wireless charging, a Super AMOLED display with 3K resolution and 120Hz high refresh rate, and the 64MP triple camera system on the back. These are all premium category specifications that will pit the Realme GT 5G against the likes of Xiaomi Mi 11 and Samsung Galaxy S21 Ultra.

Some rumours even suggest there will be a Realme GT 5G Pro smartphone that may be launched at a later date. This Pro version is said to come with a 160Hz AMOLED display, which is an insanely high refresh rate meant for high-end gaming phones. There will, of course, be the Qualcomm Snapdragon 888 chipset powering this phone. And finally, we may get to see the flagship 125W UltraDart fast charging technology on this phone that Realme launched last year.