Realme GT Neo is equipped with a 64-megapixel camera on the back along with two more sensors. 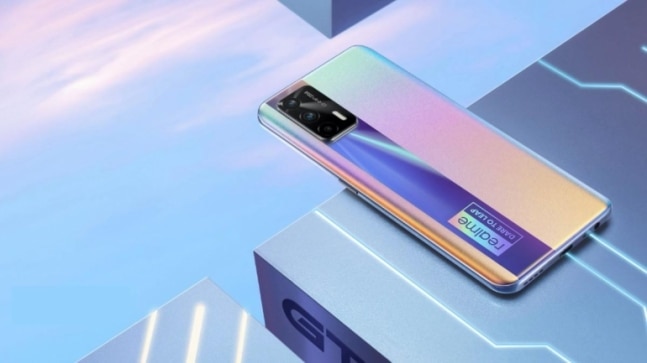 Realme has launched its second flagship of 2021, GT Neo. The Realme GT Neo is a camera-focused smartphone, according to the company, which is why you have the same 64-megapixel camera on this one as what the GT 5G has. And despite being a flagship, the GT Neo is a lot less expensive than the GT 5G, which means you get the flagship-level camera for a much less price. The GT Neo is also the company's first smartphone with a MediaTek Dimensity 1200 processor inside.

At the event, Realme said it has improved the camera app on the GT Neo, which is supposed to translate into a good experience for photographers. The phone also has a different design, where the "Dare to Leap" branding is not so pronounced. Realme GT Neo, despite being a camera-centric phone, packs only three sensors on the back, which I think should not matter because you have the regular wide and ultra-wide sensors intact. Let us quickly go through the specifications, features, and prices of the Realme GT Neo.

Storage: You get 128GB and 256GB storage configurations on the GT Neo.

Rear Cameras: The GT Neo has a 64-megapixel Sony IMX682 sensor, an 8-megapixel ultra-wide-angle sensor and a 2-megapixel macro sensor on the back.

Operating System: You get Android 11-based Realme UI 2.0 out of the box on the GT Neo.

Realme GT Neo supports 5G on both SIM cards, thanks to the Dimensity 1200 processor. The phone has Chrome Boost, AI Beauty, Colour Portrait, among other camera features. The phone has a big screen with a 120Hz refresh rate, which means there is going to be ultra-smooth scrolling on it.