Realme GT Neo is going to be a flagship phone that focuses more on cameras, according to the company. 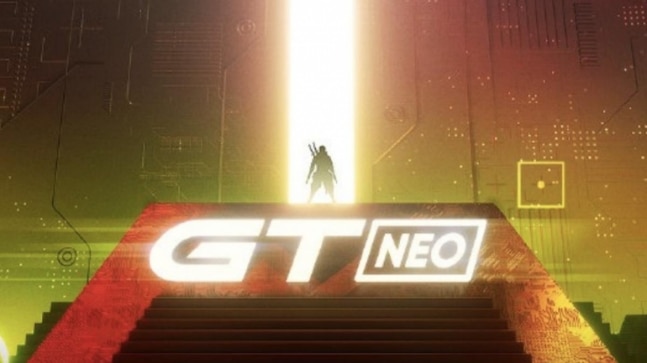 Realme GT is the new flagship for this year. It will also serve as the umbrella series for all the flagships that have to arrive in the future, including the second one that Realme confirmed at the launch event. Although Realme announced the GT Neo is in the pipeline, it did not say anything about when the launch would take place. A new leaked poster now aims to unravel that mystery. According to the information available via this poster, the second flagship Realme GT Neo will be launched on March 31.

The Realme GT Neo poster was shared on Twitter by tipster Mukul Sharma. Given his track record on smartphone leaks, it is safe to assume that March 31 is a likely date for the launch of Realme GT Neo. Sharma has even spilled the beans on the mobile platform of the GT Neo. The upcoming flagship phone is going to be powered by the MediaTek Dimensity 1200 processor. But it is not something that we did not already know.

To recall, Realme, earlier this month, announced that it will start following a new strategy for flagships going forward. This would include launching two flagships a year where one phone will be focused on performance while the other one will go big on the camera abilities. This also means that the former will use the Qualcomm Snapdragon 800-series processor whereas the second one will go for a MediaTek Dimensity processor. The most advanced Dimensity processor available in the market is the Dimensity 1200 mobile platform that brings an integrated 5G modem.

Although not much is known about the Realme GT Neo as of now, a mysterious device bearing the model number RMX3116 was spotted on China's TENAA website. It is being speculated this device will be launched as GT Neo in China. The specifications for this device include a 6.55-inch screen with a punch-hole on the top left side, triple cameras, and a 4400mAh battery with 65W fast charging. The Realme GT Neo is expected to have high-end hardware, so we can expect an AMOLED screen with a high refresh rate. And since this phone will be focused on cameras, Realme may use the latest camera sensors, either from Samsung or Sony (108MP ISOCELL HM3 or IMX686). There is no clarity on this, however.

Talking about the Realme GT, the smartphone was launched earlier this month as Realme's first and only Snapdragon 888-powered handset. It has a 6.43-inch 1080p Super AMOLED display with a 120Hz refresh rate and 360Hz touch sampling rate. The display has an integrated fingerprint sensor. The phone has up to 12GB of LPDDR5 RAM and 256GB of UFS 3.1 storage, along with support for a microSD card. The phone comes with a 4500mAh battery that supports 65W fast charging through a USB-C port. The phone runs Android 11-based Realme UI 2.0 out of the box and has a special GT mode for the fastest performance. For its cameras, the Realme GT 5G uses a 64MP sensor on the back, accompanied by an 8MP and a 2MP sensor. For selfies, the phone has a 16MP camera inside the punch-hole on the top left corner.

BSNL will not be sold, govt says BSNL 4G coverage to be completed in 2 years