Realme GT Neo is going to the company's second flagship that will be focused more on cameras than on the overall performance. 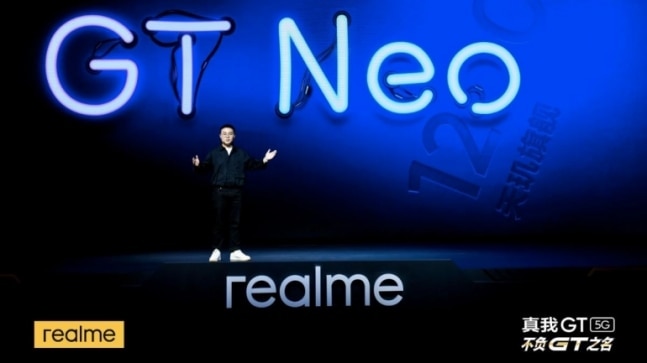 Realme GT Neo will be the company's second flagship this year. It will be focused on cameras more than anything else and that is something Realme made abundantly clear while announcing the new dual-flagship, dual-platform strategy earlier this year. Realme GT Neo is expected to arrive on March 31 and ahead of that, the phone was spotted on India's IMEI database and Bureau of Indian Standards (BIS) website. This straight away hints at the imminent launch of the GT Neo in India.

In a recent post, Realme confirmed that the GT Neo launch is set for later this month but this will be in China. The launch will be only a few days after the first flagship Realme GT was introduced. And that, too, was in China. So far, there is no information on whether the Realme GT is coming to India (it most likely will) but the fresh information on GT Neo does paint a bright picture.

According to tipster Mukul Sharma, a Realme phone bearing the model number RMX303 was spotted on the IMEI database, as well as the BIS website. Now, this model number likely belongs to the Realme GT Neo. And there is only one takeaway here, that the Realme GT Neo is headed to India. When? The listing says that may happen on March 31 -- the same day the GT Neo is going to be launched in China. But it is not clear right now. Hopefully, Realme may launch the GT Neo and/or GT 5G in India next month.

Moreover, the Realme GT Neo (RMX303) was also spotted on the Geekbench benchmarking website where some of the key specifications were revealed. There will be Android 11, for instance, and 6GB, 8GB RAM options on the Realme GT Neo. We already know the GT Neo is going to be powered by the MediaTek Dimensity 1200 processor, which was announced earlier this year as the chip maker's most advanced chipset to date. This is a 5G chipset, which means you will have 5G connectivity available on the Realme GT Neo.

Separately, a mysterious device bearing the model number RMX3116 was recently spotted on China's TENAA website. And some believe that this device will be launched as GT Neo in China. The specifications for this device include a 6.55-inch screen with a punch-hole on the top left side, triple cameras, and a 4400mAh battery with 65W fast charging. The Realme GT Neo is expected to have high-end hardware, so we can expect an AMOLED screen with a high refresh rate. And since this phone will be focused on cameras, Realme may use the latest camera sensors, either from Samsung or Sony (108MP ISOCELL HM3 or IMX686). There is no clarity on this, however.

Beware of these fake influencer scams, phishing scams on Instagram