Realme has planned an event for the launch of the GT Neo tomorrow but there could be one more phone that will arrive. 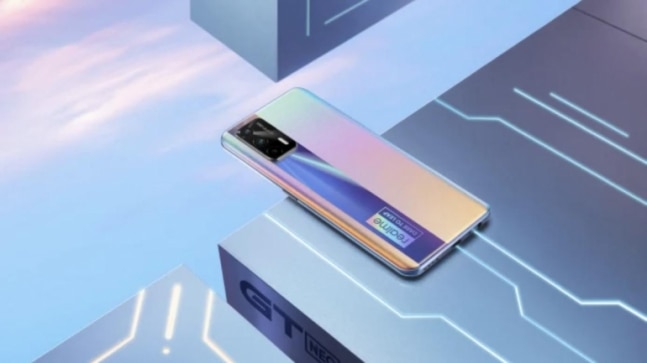 Realme GT Neo launch is scheduled for tomorrow, i.e., March 31. The phone will debut in China before it makes it to more markets, and India is likely to be among them. Now, ahead of the launch, the GT Neo was spotted on the Geekbench platform. So now we have even a clearer idea of what is going to be there inside the phone. Plus, there is a rumour that GT Neo will not be the only device to arrive tomorrow. Realme could launch the V13 5G low-cost smartphone alongside.

Geekbench listings are mostly correct about the specifications of the phone because manufacturers use these scores to draw comparisons with other phones in the segment. For the same reason, Realme got the GT Neo listed on this platform. And what gives that away is the model number. The phone that was benchmarked on Geekbench bears a model number RMX3031 -- heavily speculated to be that of GT Neo. This listing shows there could be 12GB of RAM on the phone and that it will run Android 11-based Realme UI 2.0 out of the box.

The listing also mentions the processor detail, and that is in line with Realme's confirmation made at the GT 5G event. Realme said the GT Neo will be powered by a MediaTek Dimensity 1200 processor. The Dimensity 1200 processor was announced earlier this year as MediaTek's highest-end processor with 5G connectivity. While the GT Neo will be seen featuring a MediaTek processor, the GT 5G uses a Qualcomm Snapdragon 888 chipset inside. And that is because Realme launched a new strategy of launching two flagship-level phones, differentiated by their processor and camera specifications.

And while GT Neo is going to be the star of the event, Realme may also push V13 5G out. This is a budget smartphone in the V-series, which is equivalent to Realme Narzo series in India. According to rumours, the V13 5G will be powered by a MediaTek Dimensity 700 processor inside. This processor is also there on the V11 5G and I feel it may come to India on the upcoming Narzo 30. Realme India boss Madhav Sheth recently said there will be a 5G phone cheaper than Narzo 30 Pro and it will be the Narzo 30 5G. The Narzo 30 Pro uses Dimensity 800U chipset, so it is possible Narzo 30 will pack the Dimensity 700.

Realme will unveil the GT Neo tomorrow in China at an online event.

Airtel, Jio, Vi 2GB daily data recharge plans that you can go for

WhatsApp will soon allow users to change colours in the app