The Realme Narzo 10A was launched in India last month with a 5000mAh battery and a MediaTek Helio G70 processor. 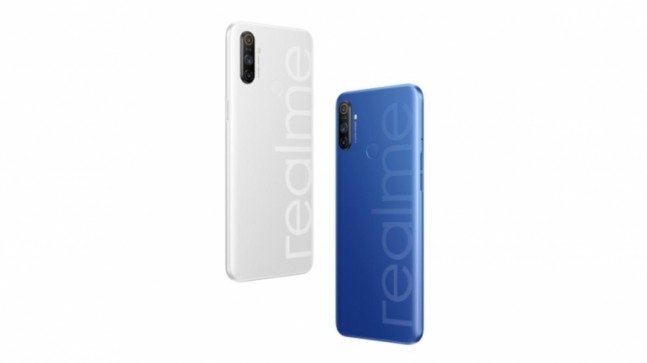 Realme Narzo 10A Price in India

The Realme Narzo 10A 4GB/64GB variant is priced at Rs 9,999. It is available in the So White and So Blue colours, much like the 3GB/32GB variant. The smartphone will go on sale from Tuesday, June 23 at 12 noon on Flipkart and realme.com for online purchase. The new storage variant of the Narzo 10A will be available to purchase offline, as well, but that will be limited to select states, such as Tamil Nadu, Gujarat, Rajasthan, Karnataka, Kerala, Bihar and Maharashtra. Realme has not said anything when it will bring the Narzo 10A to the offline market of other states as of yet.

The Realme Narzo 10A comes with a 6.5-inch HD+ display with a resolution of 720x1600 pixels, protected by a Corning Gorilla Glass 3 on top. The smartphone is powered by a 2.0GHz octa-core MediaTek Helio G70 SoC paired with two storage options - 3GB of RAM and 32GB of internal storage and 4GB of RAM and 64GB of storage, along with expandability of up to 256GB via a microSD card. The Narzo 10A runs Android 10 with the Realme UI on top. There is a physical fingerprint sensor available on the smartphone's back.

In the cameras department, the Narzo 10A has a combination of a 12-megapixel f/1.8 primary sensor with PDAF, a 2-megapixel f/2.4 portrait sensor, and a 2-megapixel f/2.4 macro sensor on the back. For selfies, the smartphone has a 5-megapixel AI camera with standard features such as AI beautification, HDR, and Timelapse among others. The Realme Narzo 10A packs a 5000mAh battery but the company has not mentioned anything about its fast charging capabilities.

iOS could be renamed to iPhoneOS at Apple's WWDC 2020

OnePlus Nord: Expected features, price, specs and everything else we know so far