Realme has been tipped to be working on Narzo 20 series already. 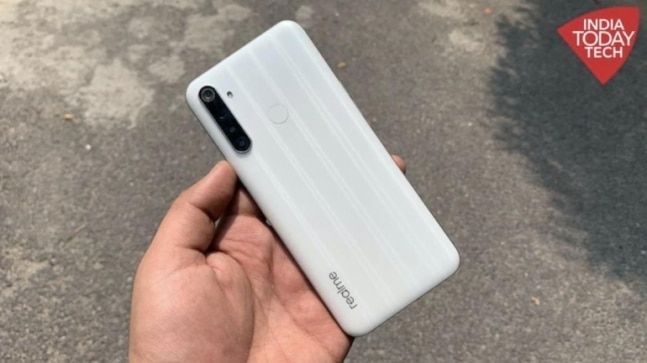 Realme Narzo series may be getting new models soon. Launched right after the lockdown was eased during the pandemic, the Narzo 10 and Narzo 10A smartphones debuted to fill the gap between the Realme C-series and Realme 6-series. A fresh tip has suggested the Oppo offshoot might be working on Narzo 20 series already and that it might launch soon in India.

Per the tipster Mukul Sharma, who goes by @stufflistings on Twitter, citing a source aware of the development, Realme could launch two smartphones under the sequel Narzo series. The company is jumping directly to the number 20, which sounds logical and less confusing than some of its other lines. However, the biggest change will be that the Narzo 20 series will have a Pro variant in place of the 'A' variant. This means Realme Narzo 20 and Narzo 20 Pro could be in works.

The specifications or design of the Narzo 20 series is not out yet but we expect the smartphones could be rebranded versions of existing Realme smartphones that are not sold in India. The Narzo 10 (Review) was a rebadge of the Realme 6i that is sold only in select countries such as Myanmar, but there is another Realme 6i that is available in India and European markets. Interestingly, the Realme 6i sold in Myanmar sells as Realme 6s in European markets, as well. And the Narzo 10A was just another Realme C3 triple-camera version, which never made it to the Indian market.

I am not sure what the Narzo 20 series smartphones will pack but their specifications will be an upgrade over what the Narzo 10 and Narzo 10A brought in. It will also be interesting to see what price segment they will cater to, given the original Narzo series is not old yet. The price gap between the Narzo 10 and Realme 6i is quite low, so that does not really make space for Narzo 20 to exist. And if Narzo 20 comes at the price of Narzo 10, it will cannibalise the latter's business. In any case, this is just a rumour and Realme is yet to announce them officially. So the readers better take this piece of information with a pinch of salt.