The new range of Narzo smartphones borrows a few things from the Realme 7 series and a few from the rival Redmi Note 9 Pro. 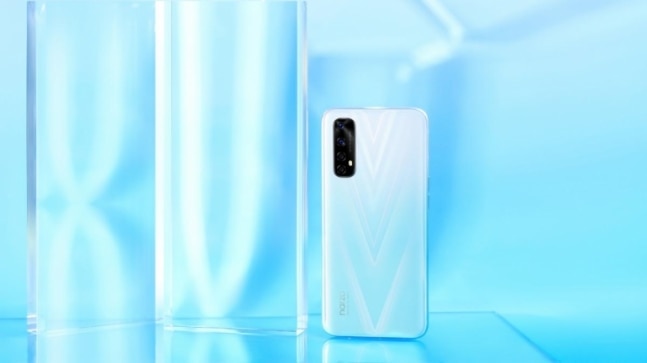 The Realme Narzo 20A costs Rs 8,499 for the 3GB RAM and 32GB storage model while its 4GB RAM and 64GB storage variant is priced at Rs 9,499. The smartphone comes in Glory Silver and Victory Blue colours. The sale begins at noon on September 30 from Flipkart and Realme online store.

The marquee Narzo 20 has 4GB for RAM only but you get two storage configurations. The one with 64GB costs Rs 10,499and the one with 128GB storage costs Rs 11,499. It too has the same Glory Silver and Victory Blue colours. It will go on first sale at noon on September 28 from Flipkart and Realme online store.

Finally, the Narzo 20 Pro will come in 6GB RAM and 64GB storage, and 8GB RAM and 128GB storage models. The first one costs Rs 14,999 and the top model is priced at Rs 16,999. The Narzo 20 Pro has White Knight and Black Ninja as the colour options and all of them go on the first sale at noon on September 25. It will be available via Flipkart and Realme online store.

The Realme Narzo 20 Pro comes with a 6.5-inch 1080p display with 90Hz refresh rate. The high refresh rate is also something you get on the Realme 7 but not the 7 Pro. The screen-to-body ratio is 90.5 per cent and there is a Corning Gorilla Glass protection on the Narzo 20 Pro display. There is a fingerprint sensor on the side-mounted on the power button.

Powering the Realme Narzo 20 Pro is an octa-core 2.05GHz MediaTek Helio G95 processor. This is the same processor that powers the Realme 7 too and I found it to be powerful enough to handle high-end games and multitasking in my review. I am expecting a similar performance from the Narzo 20 Pro basis that. There is a Mali-G76 engine for graphics. Realme Narzo 20 Pro runs Android 10-based Realme UI.

The Realme Narzo 20 Pro is backed by a 4500mAh battery, but the selling point is the 65W SuperDart Charge technology. Realme brought this premium feature down to the under-Rs 20,000 segment with Realme 7 Pro and it took it only a few next days to make this feature available for even less money. The 65W charging is claimed to top up the battery in less than 40 minutes. There is a USB-C port on the Narzo 20 Pro.

The Narzo 20 is a bit toned down in terms of specifications. There is a 6.5-inch LCD but without the 90Hz refresh rate and having only a 720p resolution. It is powered by an octa-core MediaTek Helio G85 processor that we saw on the Redmi Note 9 Pro and reviewed it as capable enough for the price it has. It has the fingerprint sensor on the back. The Narzo 20 has a large 6000mAh battery, which was brought in by Realme on its C-series phones. It supports the regular 18W fast charging.

The Realme Narzo 20A has a rather unusual choice for its processor but it is also for the one that is seasoned. The smartphone is powered by a Qualcomm Snapdragon 665 processor that I have used on a slew of smartphones. It is a good processor and capable enough to handle most of the tasks on the phone. Over and above what you get as inbuilt storage on the Narzo 20A, you can add a microSD card of up to 256GB. The smartphone has a physical fingerprint sensor at the back, and it runs Android 10-based Realme UI.

OnePlus Nord on sale today: Price, offers and where to buy