Realme Narzo 30 Pro 5G also has a big display with a 120Hz refresh rate that is something you cannot find in its price range. 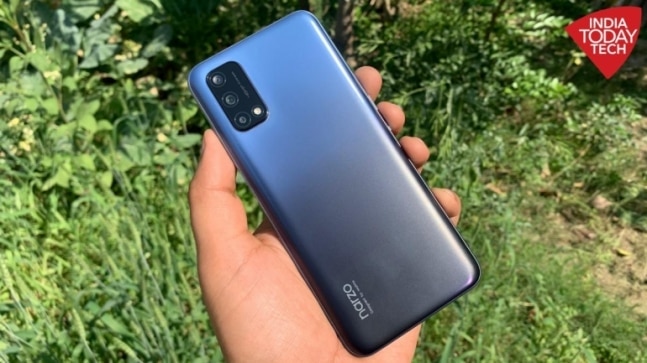 Realme X7 series was launched recently as the company finally entered the mid-range segment with its 5G phones. This launch was not far back, still, Realme realised it needed to do something that will shake up the market, the same way as the last year when Realme X50 Pro was launched. Realme launched the most affordable 5G phone in India earlier this week, the Narzo 30 Pro. It is clearly an upgrade over the Narzo 20 Pro that was launched last year. You have 5G that makes this phone futureproof and a 120Hz display best-suited for high-end gaming. But this phone also sees one big downgrade. It has 30W fast charging instead of the 65W one that Narzo 20 Pro features. So, the mix of features seems justified so far.

For Rs 16,999, the Narzo 30 Pro is the cheapest 5G phone you will be able to buy in the market soon. And this argument alone makes it a good contender, let alone its features that are worth appreciating. There is no 5G in India right now, and because there is no 5G, phones like Narzo 30 Pro are more or less the same as the ones with 4G networks. But phone companies know customers are attracted to newness, such as 5G, even though there is no way to experience it. Consequently, you have a deluge of 5G phones and the market is getting ready for a war between them. Narzo 30 Pro 5G seems to be winning it so far. I spent some time on the phone and here is my quick review of the Narzo 30 Pro. Narzo 30 Pro is a simple-looking phone. Realme has kept it sober and subtle on the design, which is a good thing for me because I am not a fan of phones decked up for carnival (Realme X7 Pro Fantasy is one of them). It comes in a shiny black accent all around in the variant called Sword Black. There is a Space Silver variant, too. But while the design is clean, it is very similar to what we saw on the Realme 7 series. Even the camera block looks the same. I mean there is no harm in copying the design but it should be done within big intervals so that the design becomes obsolete enough to be forgotten. And when you tweak it and use it on the latest phone, no one will easily figure it out. Anyway, the design is nice. The phone is not heavy and has a slim profile, as well, making for a good grip, which I liked.

The Narzo 30 Pro comes with a fingerprint sensor on the side, which I could reach easily with my thumb. Although I would always prefer fingerprint sensors on the back. The phone has a USB-C port and a 3.5mm headphone jack on the bottom along with the speaker. The power button is on the right while the volume rocker is on the left. All of this is pretty standard on a phone at this price. I will tell you more about how the speakers sound in my full review.

Realme has done a great job as far as phone displays are concerned. The Narzo 30 Pro has a 1080p LCD with a 120Hz refresh rate. It is very hard to tell apart the smooth transition that 120Hz can offer and the one you get with 90Hz. The actual difference is in high-end games that you can experience on the Narzo 30 Pro. It is an LCD, which is in line with the price tag of the phone. In this price segment, Realme gives two choices, it is either an AMOLED screen with 60Hz or an LCD with 90Hz or a higher refresh rate. In my little time, I think the LCD can be really bright but I will be able to tell you more in my review. 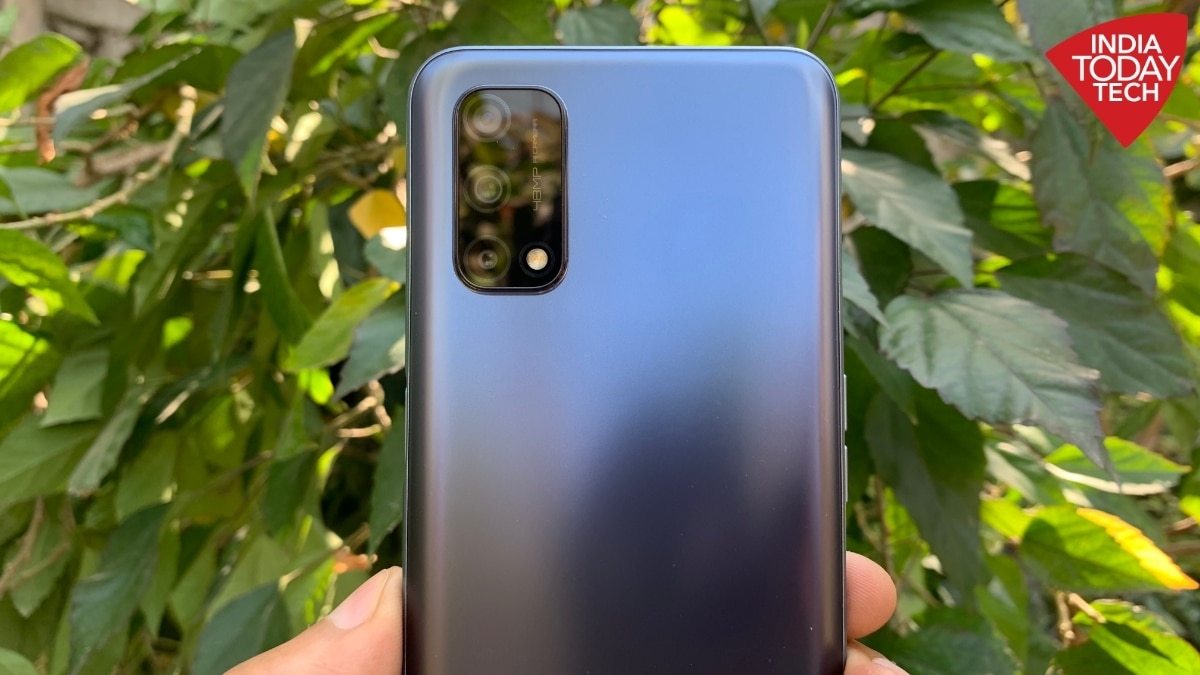 Powering the Realme Narzo 30 Pro is the MediaTek Dimensity 800U processor that the Realme X7 uses inside. It also brings support for 5G on the phone. It is going to be a capable processor and will manage to handle multitasking well. As for games, the processor ties with Qualcomm's Snapdragon 765G, so you can expect a good gaming experience with good graphics. The phone has a 5000mAh battery, which should last longer and the 30W fast charging will top the battery up in over one hour. It is a huge downgrade from the 65W fast charging that Narzo 20 Pro comes with, but it is not a serious change for most people. And then, you have three cameras on the back of Narzo 30 Pro, a 48MP main sensor, an 8MP ultrawide sensor, and a 2MP macro sensor. And a 16MP camera for selfies inside the punch-hole. I am expecting the cameras to be good enough for this price, if not the best in the segment. Realme uses both Samsung and Sony sensors on phones, so it remains to be seen how good they will be.

I will tell you how good this phone will be for the price of Rs 16,999 in my full review. I will also talk about whether 5G is something that you should invest in right now when it is nowhere in sight. So, stay tuned.